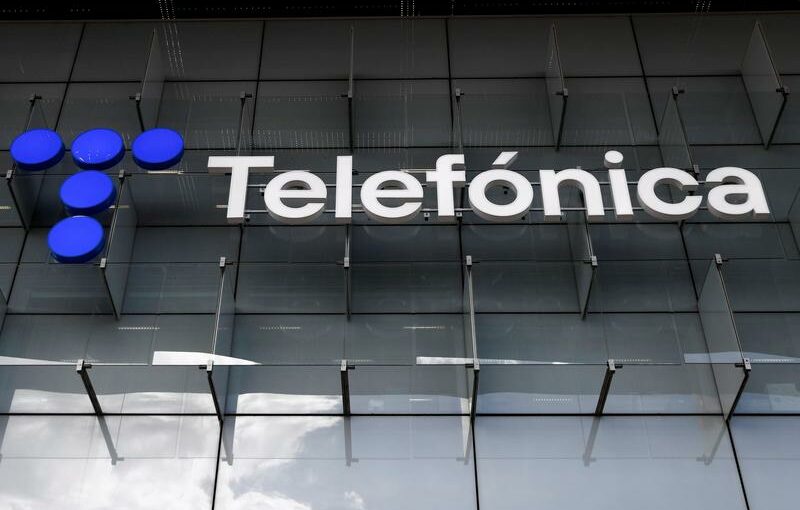 FILE PHOTO: The logo of Spanish Telecom company Telefonica is seen at its headquarters in Madrid, Spain, May 12, 2021. REUTERS/Sergio Perez/File Photo

MADRID (Reuters) – Spanish mobile and broadband operator Telefonica is considering selling a minority stake in its extensive Spanish fibre network following interest from the market, a source with knowledge of the sector told Reuters on Tuesday.

The overall value of the vast infrastructure asset has been estimated at 15 billion euros ($17.4 billion), according to news outlet Bloomberg which first reported the potential divestment option.

“The market is interested, there’s loads of interest from funds for a 15%-35% stake,” the source within the sector said, noting that there were between five and 10 more serious contenders. “They keep the stake for a few years and are asking for 7%-8% return on investment.”

European telcos have been casting around for ways to reduce their debt and generate cash following years of high costs and dwindling margins, particularly in Spain where telecom firms struggle in a hypercompetitive, fragmented and low-cost climate.