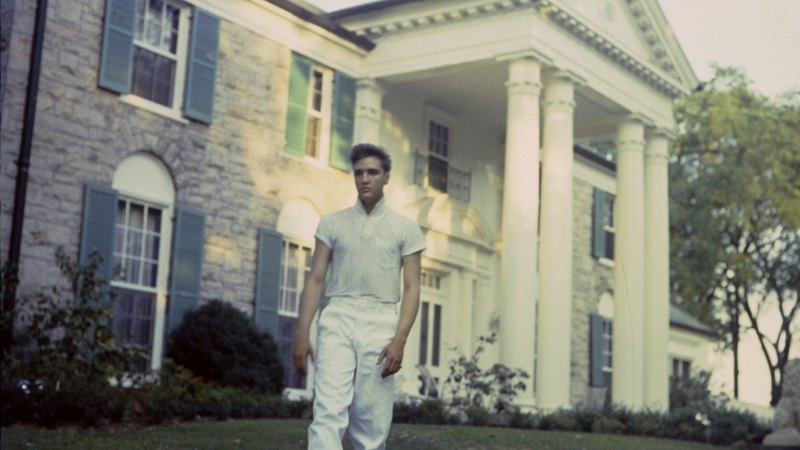 In the first week of March 1977, just hours before he jetted off to Hawaii for a 10-day holiday, Elvis Presley signed his will. The simple document mandated that the “health, education, comfortable maintenance and welfare” of his only child Lisa Marie, as well as that of his father Vernon and his grandmother Minnie Mae, were looked after.

Vernon was to be executor and trustee of Elvis’s estate, which included the Graceland mansion in Memphis. Upon the deaths of Vernon and Minnie Mae, the singer’s estate would reside in trust for Lisa Marie – then nine – until her 25th birthday when she would inherit the whole thing. 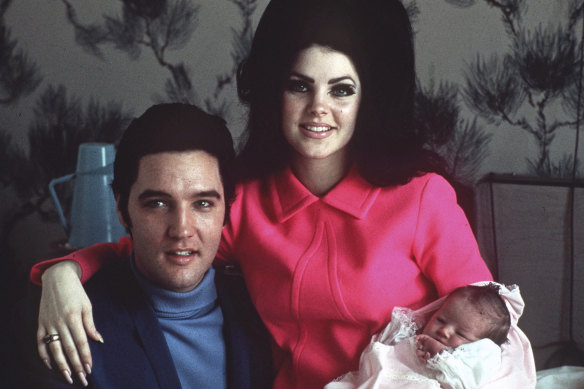 Elvis Presley with wife Priscilla and daughter Lisa Marie in a Memphis hospital four days after she was born in February 1968.Credit:AP

Sadly, it wouldn’t be long until the will became apposite. Elvis died that August aged 42. Despite his huge success and legendary status – it took 100 vans to carry all the flowers to the cemetery where he was interred – his finances were in a mess. The free-spending musician’s estate was reported to have assets of just $US5 million ($7.2 million) and huge debts. These debts were only exacerbated when the IRS slapped an extra tax on the estate for allegedly being worth more than its tax returns suggested.

Affairs were gradually put in order thanks to the diligence of Elvis’s ex-wife Priscilla, whom Vernon had appointed his successor as executor before his 1979 death. Merchandising sales, royalties, the opening up of Graceland to the public, and image deals meant that the estate’s value grew to an estimated $US100 million by the time Lisa Marie inherited it aged 25 in 1993.

But things didn’t go smoothly for Lisa Marie, who has died aged 54. Indeed, a series of controversial business moves and suggestions of profligate spending lead to The King’s daughter declaring that she was $US16 million in debt at one point. So where did all the money go? 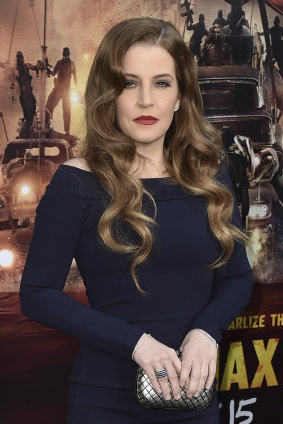 Just like her father, Lisa Marie Presley had some hefty outgoings.Credit:AP

Perhaps mindful of her youth and the scale and importance of what she was inheriting, Lisa Marie created a revocable living trust to oversee her fortune when she took charge of the estate. This meant that a series of trustees were involved in making decisions about her inheritance. A decade later, she appointed a business manager called Barry Siegel as a co-trustee to help look after the assets. In 2005, Siegel made a massive call: he sold off 85 per cent of Elvis Presley Enterprises (EPE), the company formed by Priscilla to manage all-things Elvis.

The buyer was an entertainment company called CKX, which also owned Simon Fuller’s 19 Entertainment – and therefore owned the rights to the American Idol and Pop Idol TV shows. Elvis was sharing a corporate stable with reality TV stars. For Lisa Marie, the sale paid off $US25 million of debt, brought in $US40 million in cash post-tax, and gave her stock options in the entertainment company (which changed its name and later went bankrupt). She’d also kept hold of Graceland.

But by 2015, Lisa Marie’s money had gone (and CKX had sold its stake in EPE to a company called Authentic Brands Group, which still owns it). In 2018, she sued Siegel and his company, accusing them of hiding the true value of the trust. She claimed that when Siegel was removed as a co-trustee in 2015, the trust only had $US14,000 to its name, and accused him of paying himself a $US701,000 salary. Siegel, for his part, accused Lisa Marie of excessive spending and said she didn’t live within reasonable means. He countersued for $US800,000, and, since the court hearing was delayed by the pandemic, the case was still ongoing at the time of her death.

In 2005, Barry Siegel made a massive call: he sold off 85 per cent of Elvis Presley Enterprises (EPE), the company formed by Priscilla to manage all-things Elvis.

What is inarguable is that, just like her father, Lisa Marie had some hefty outgoings. It was when she divorced her fourth husband, Michael Lockwood, in 2016 that she claimed she was $US16 million in debt. Documents said that she owed back taxes, she’d defaulted on a property in the United Kingdom, she had credit card debts and owed hundreds of thousands of dollars in unpaid bills. The spending appeared habitual. Hello! magazine reported in 1994 that Presley and then-husband Michael Jackson were spending $US110,000 a month on rent on an apartment in New York’s Trump Tower complete with antique furnishings and gold taps. 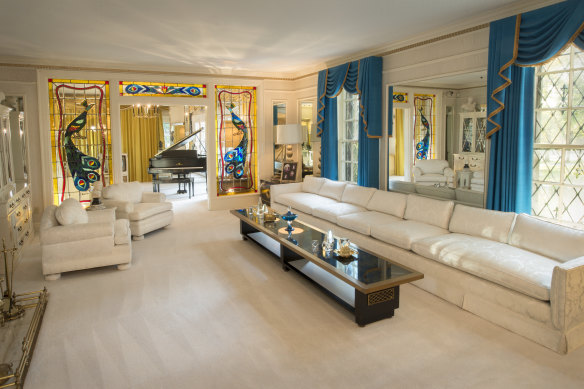 Lisa Marie Presley managed to hold on to Graceland.

It’s perhaps no surprise that Lisa Marie found her inheritance overwhelming. She was widely quoted as having said that being Elvis’s daughter was “a whole lot of pressure” that was a “constant burden” in her life. And there was a clear case like-father-like-daughter at play: not a man known for his restraint, Elvis famously once flew Lisa Marie to Idaho on his private jet so that she could briefly see snow for the first time. The Presleys were proof that having money and managing that money efficiently can be two very different things.

Elvis lived by the moto TCB – or Taking Care of Business. It was the name of his latter-day band and was painted on the tail fin of his snow-bound plane. But sadly when it came to family finances, taking care of business was a piece of advice that apparently proved impossible to heed.