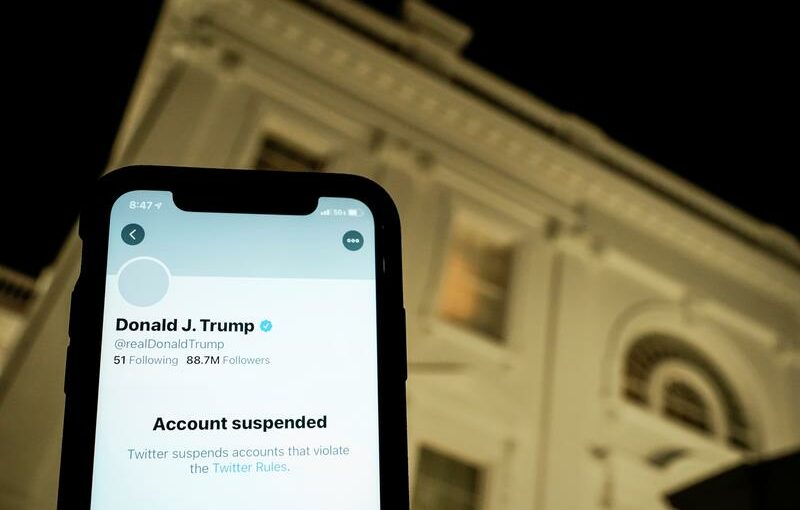 A photo illustration shows the suspended Twitter account of U.S. President Donald Trump on a smartphone and a lit window in the White House residence in Washington, U.S., January 8, 2021. REUTERS/Joshua Roberts/Illustration

“Having to take these actions fragment the public conversation. They divide us. They limit the potential for clarification, redemption, and learning. And sets a precedent I feel is dangerous: the power an individual or corporation has over a part of the global public conversation”, Dorsey said in a tweet bit.ly/35DO2Vu.