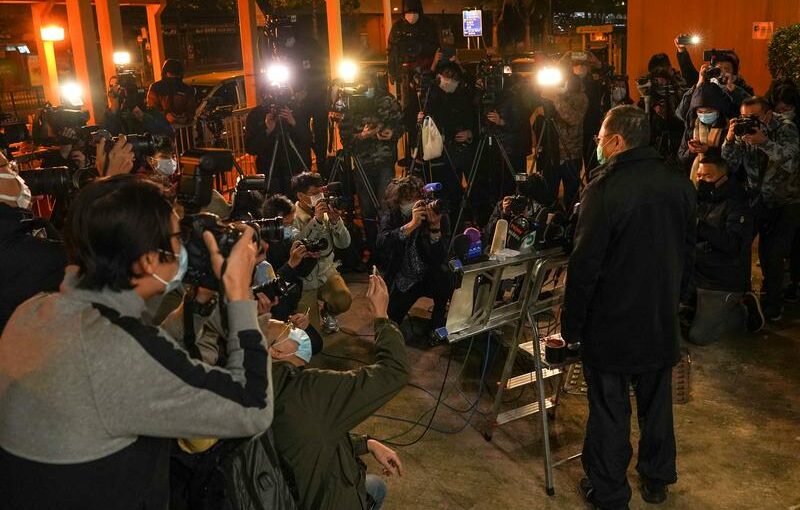 MELBOURNE (Reuters) – Foreign ministers from the United States, Canada, Britain and Australia condemned last week’s arrest of over 50 democracy activists in Hong Kong in a joint statement on Sunday, calling on China to respect the freedom of the people on the island.

Hong Kong police made the arrests on Wednesday in dawn raids, the biggest crackdown since China imposed a security law in 2020, which opponents say is aimed at quashing dissent in the former British colony.

“It is clear that the National Security Law is being used to eliminate dissent and opposing political views,” the foreign ministers said in the joint statement issued by Australia’s Foreign Minister Marise Payne.

“We call on the Hong Kong and Chinese central authorities to respect the legally guaranteed rights and freedoms of the people of Hong Kong without fear of arrest and detention.”

Hong Kong’s most prominent pro-democracy advocates were arrested as authorities said last year’s unofficial vote to choose opposition candidates in city elections was part of a plan to “overthrow” the government.

On Thursday, U.S. Secretary of State Mike Pompeo said Washington may sanction those involved in the arrests and will send the U.S. ambassador to the United Nations to visit Taiwan.