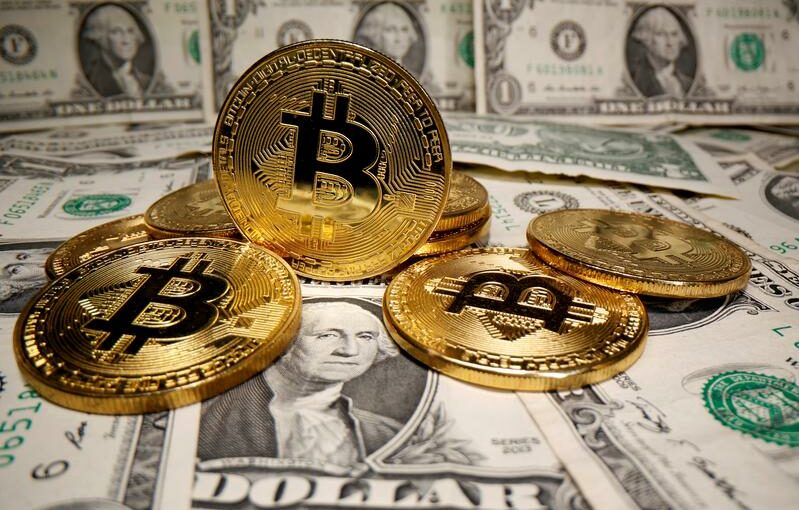 NEW YORK (Reuters) – The dollar was slightly higher on Friday, coming off its strongest level for the day, as risk appetite returned to the market in the afternoon with U.S. equities recovering from early losses and Treasury yields extending their rise.

Investors also consolidated gains made on other currencies at the expense of the dollar ahead of a long weekend in the United States. Financial markets are closed on Monday for Presidents Day.

The outlook for the dollar remained lower, according to Marshall Gittler, head of investment research at BDSwiss Group.

The dollar is “considered the safest of safe havens and tends to fall when people are not looking for safe havens,” Gittler said. “With markets rallying and the U.S. Fed on hold indefinitely, I expect the dollar to be widely used as a funding currency, pushing its value down.”

In afternoon trading, the dollar index rose 0.1% to 90.494 after subdued volumes in Asia because of the Lunar New Year. On the week, the index fell 0.6%, its first losing week in three – in what ING analysts described as a “consolidative mood” amid uncertainty about the pace of the U.S. economic recovery.

Weaker-than-expected weekly U.S. jobless claims data on Thursday added to concerns the dollar’s previous rally had priced in too fast an economic rebound.

There has been a divergence in views among traders so far this year over how U.S. President Joe Biden’s planned $1.9 trillion fiscal stimulus package will affect the dollar.

Some see it as bolstering the currency as it should speed a U.S. recovery relative to other countries, while others reckon it would feed a global reflation narrative that should lift riskier assets at the dollar’s expense.

The British pound rose 0.2% versus the dollar to $1.3848, despite data showing Britain’s economy suffered a record slump in 2020, although it did grow in the final quarter.

The Australian dollar , a proxy for risk appetite, rallied from lows to trade flat on the day at US$0.7753. The New Zealand dollar likewise cut its losses against the greenback.