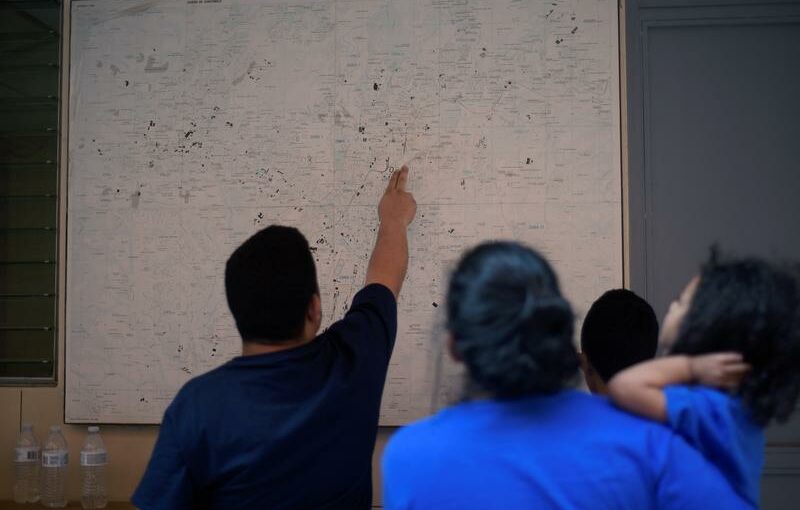 GUATEMALA CITY (Reuters) – The U.S. government has ended a controversial deal with Guatemala that sent asylum-seekers processed at the U.S.-Mexico border to the Central American country to await hearings, Guatemala’s foreign ministry said in a statement on Friday.

The ministry said it had been informed by U.S. officials of the cancellation of the program that was negotiated under the administration of former President Donald Trump.

The agreement with Guatemala was signed in 2019, just as similar pacts were negotiated with El Salvador and Honduras, all in a bid by Trump to force other countries in the region to help the United States alleviate a surge of asylum-seekers arriving at the U.S. southern border by agreeing to take them in for prolonged waits.

The pacts were sharply criticized by rights groups which said they added to the misery of asylum-seekers, many of whom fled violent gangs from the same impoverished countries.

Earlier this week, U.S. President Joe Biden ordered a review of asylum processing at the U.S.-Mexico border, part of a broad effort to chart a less-restrictive immigration system during the first weeks of his term.

Among the measures announced, Biden called for a review of the so-called Migrant Protection Protocols (MPP), a Trump program also known as “Remain in Mexico” that ordered tens of thousands of asylum-seekers to wait in Mexico for their U.S. court dates.

He also signaled the imminent end of the asylum deals with the Central American countries.

Senior aides to Biden have nevertheless cautioned that administration’s broader immigration agenda will take time to roll out, as the new president seeks to be both more accepting of migrants and asylum seekers while also seeking to prevent a surge in unlawful border crossings.