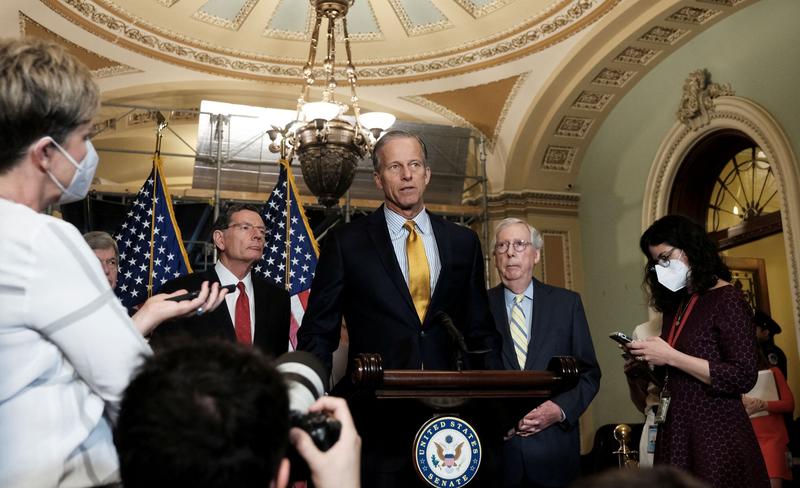 WASHINGTON (Reuters) – U.S. Senate Republicans were poised on Thursday to block a bill aimed at combating domestic terrorism that Democrats see as a response to this month’s white supremacist mass shooting in New York state and a potential gateway to a gun control bill.

Two days after another mass shooting that killed 19 children and two teachers at a Texas elementary school, lawmakers were set to hold an 11:30 a.m. EDT (1530 GMT) vote on whether to consider debating the Domestic Terrorism Prevention Act, which would authorize federal agencies to monitor and report jointly on terrorism within the United States, including incidents related to white supremacy.

Mass shootings in recent years have provoked multiple flurries of discussion in Congress about what to do about gun violence but little action as the two parties are deeply divided on gun rights. Americans have little hope in Congress’ ability to solve the problem, with a Reuters/Ipsos poll on Tuesday showing that just 35% believe lawmakers will act.

The House of Representatives passed the bill along party lines last week, after an avowed white supremacist allegedly killed 10 Black people in a livestreamed shooting at a supermarket in Buffalo.

Thursday’s procedural vote comes as Democrats and some Republicans in the Senate have also begun discussing the possibility of bipartisan legislation to address a rising tide of mass shootings in the United States, including proposals to expand background checks for gun purchasers and to keep guns out of the hands of the mentally ill.

“We are going to vote on gun legislation, and the Republicans can allow us to start doing that,” Schumer said on Wednesday.

But the odds are slim at best that the Senate will enact either the domestic terrorism legislation or any other bill to restrict gun ownership in the United States.

With the 100-seat Senate split 50-50, the legislation would need 10 Republican votes to meet the chamber’s 60-vote threshold for passing most bills.

Republicans generally oppose gun restrictions and instead assert a right to bear arms protected by the Second Amendment of the U.S. Constitution.

Schumer has taken initial steps toward a possible vote on other legislation to tighten background checks for gun purchasers if current bipartisan talks prove fruitless.