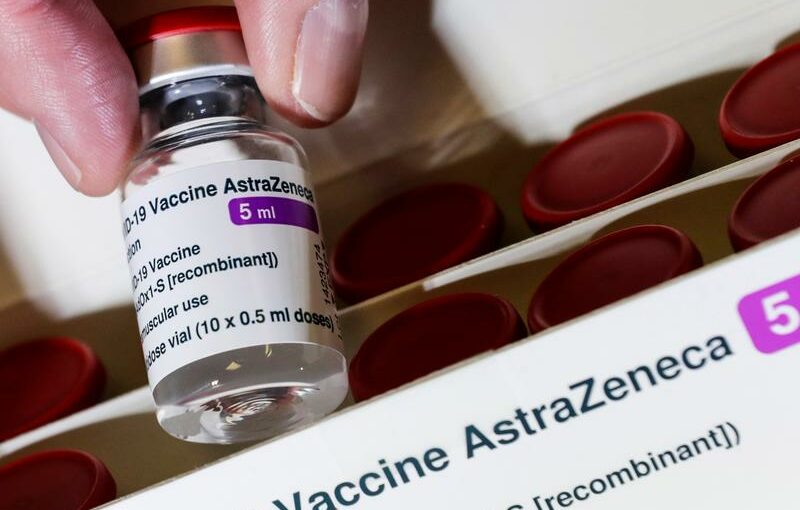 WASHINGTON (Reuters) – The United States plans to send roughly 4 million doses of AstraZeneca’s COVID-19 vaccine that it is not using to Mexico and Canada in loan deals with the two countries, an administration official told Reuters on Thursday.

“We’re lending a portion of our releasable doses of AstraZeneca vaccine,” the official said on condition of anonymity. “We only put the virus behind us if we’re helping our global partners.”

White House spokeswoman Jen Psaki confirmed the plan, first reported by Reuters, to send doses to Mexico and Canada. “It is not fully finalized yet but it is our aim,” she told a daily briefing.

The Biden administration has come under pressure from allies worldwide to share vaccines, particularly from AstraZeneca, which is authorized for use in other countries but not yet in the United States.

AstraZeneca has millions of doses made in a U.S. facility, and has said that it would have 30 million shots ready at the beginning of April. The company’s shares rose slightly on the news.

The deal is likely to be announced publicly in the coming days.

Two officials said the vaccine would be delivered in “short order” once the deal was completed, but they declined to give a more specific timetable.

The “releasable” vaccines are ready to be used once they arrive. Under the deal, the United States will share doses with Mexico and Canada now with the understanding that they will pay the United States back with doses in return. The official said that would take place later this year.

The United States had no plans to share the vaccine with other countries at this time, he said.

Reports of blood disorders have prompted more than a dozen nations to suspend use of AstraZeneca’s vaccine but on Thursday the EU’s drug watchdog said that after an investigation it is still convinced the benefits of that vaccine outweigh the risks.

Biden has said if the United States has a surplus of vaccine, it will share it with the rest of the world. The White House has focused on vaccinating people in the United States, which has seen more than 530,000 people die from virus.

The country was getting prepared to roll out the AstraZeneca vaccine domestically if it gets authorization from the U.S. Food and Drug Administration, the official said.

The official noted that the United States has pledged $4 billion to the COVAX vaccine facility that aims to deliver coronavirus vaccines to poor countries.

The United States does not need the AstraZeneca shots to meet its target of having enough doses for all U.S. adults by the end of May.

The three authorized vaccine makers – Pfizer Inc/BioNTech SE, Moderna Inc, and Johnson & Johnson – have promised to deliver nearly 500 million doses to the United States by then.