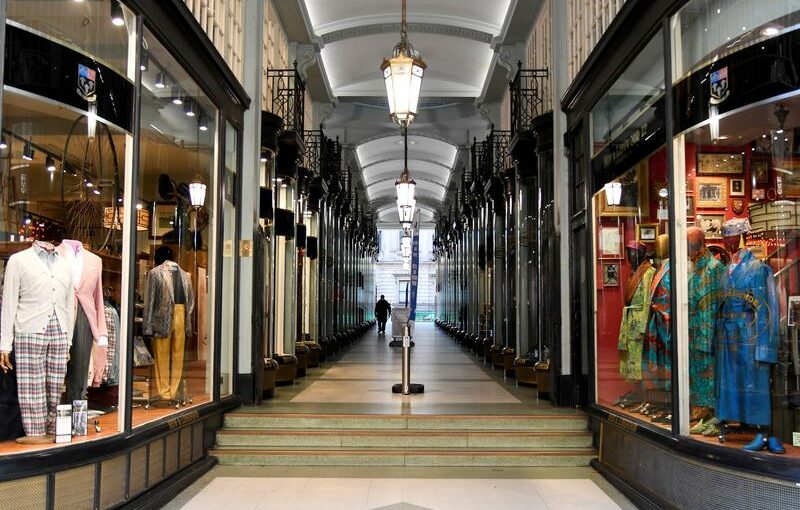 LONDON (Reuters) – British consumers reined in their borrowing at the fastest annual pace on record in February, according to Bank of England data that could presage a spending-fuelled bounce-back for the economy as COVID restrictions are eased.

Consumer borrowing dropped 9.9% year-on-year compared with February last year – just before the pandemic struck the West – the biggest fall since the series began in 1998, the BoE said.

In February alone, borrowing was down for a seventh consecutive month although the pace of the fall eased.

The data came as England’s stay-at-home lockdown order ended on Monday with people allowed to meet up outside in groups of six for the first time in nearly three months – the first in a series of steps to reopen the country and the economy.

While repayments of consumer credit have fallen sharply during the pandemic, new borrowing has fallen by much more.

“This fuels hope that consumers can play a leading role in the economy’s hoped-for decent recovery from the second quarter as restrictions on activity are progressively eased,” he said.

Gauges of consumer morale have hit their highest levels since the pandemic upended life in Britain a year ago.

But it remains to be seen how much of the savings glut -built up mostly by higher-income households – will be spent.

A survey published on Monday by savings firm Scottish Widows and data researcher IHS Markit suggested the big picture for households in the first three months of 2021 remained one of squeezed savings, lower income from employment and less cash available to spend despite the trend of paying down debts.

But the survey showed an improvement in February and March as households took encouragement from the plan to ease the lockdown restrictions.

The BoE expects a bounce-back in the economy as restrictions are gradually lifted and consumers spend savings that they have accumulated while spending much of the last year stuck at home.

It said last month that growth could reach 5% in 2021 after last year’s 10% slump, its sharpest contraction in more than three centuries.

The number of mortgages approved by lenders fell to 87,669 last month, below all forecasts in the Reuters poll that had pointed to 95,000 approvals, compared with 97,350 in January.