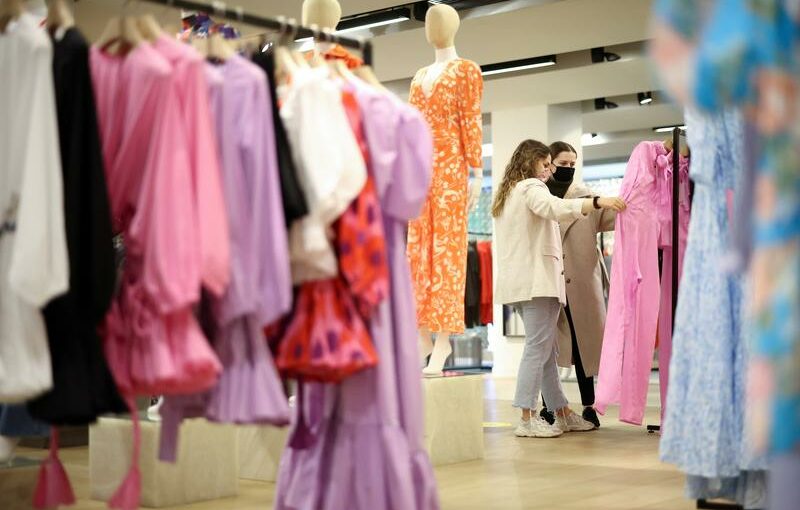 LONDON (Reuters) – British retailers reported a big boost in sales in May, after lockdown measures ended the month before and a relaxation of COVID restrictions on hospitality drew more shoppers into town centres, industry data showed on Tuesday.

The British Retail Consortium said total sales among its members, who include supermarkets and high-street chains, were 10.0% higher last month than in May two years ago.

This was the biggest increase in sales compared with 2019 for any month since the start of the pandemic.

“The rain in May failed to dampen consumer demand and shoppers continued to return to the high street,” Paul Martin, head of retail at survey sponsor KPMG, said.

Compared with May 2020, when most non-food retailers were shut due to lockdown restrictions, total sales were 28.4% higher.

Clothes, shoes and furniture saw especially strong gains in sales, the BRC said, benefiting from shoppers being able to view goods in person since non-essential retailers were allowed to reopen in April after months of closure.

Payment processor Barclaycard, which sees almost half of credit and debit card transactions, said consumer spending was 7.6% higher than in May two years ago.

Pubs and restaurants were able to serve customers indoors from May 17, though only at reduced capacity.

Barclaycard said spending at restaurants last month was still 54% below its level two years ago, while spending at pubs and bars was 19% lower. But this was an improvement from April when sales were down 74% and 67% respectively.

Foreign travel remains highly restricted. Spending with airlines was 74% lower than in May 2019, little better than April.