Consumer groups warn buy now, pay later (BNPL) providers will continue to exploit loopholes unless the federal government imposes stricter regulations to nip the next wave of credit products in the bud.

As a cost of living crisis continues to bite, consumer groups say BNPL providers – like ASX-listed Zip and US-owned Afterpay – should be forced to follow the same rules that apply to credit cards.

They have also called for a raft of additional safeguards, including a cap on late fees and charges, a ban on unsolicited offers to increase spending limits, and prohibiting BNPL debt being paid from a credit card, in a joint submission to the Treasury. 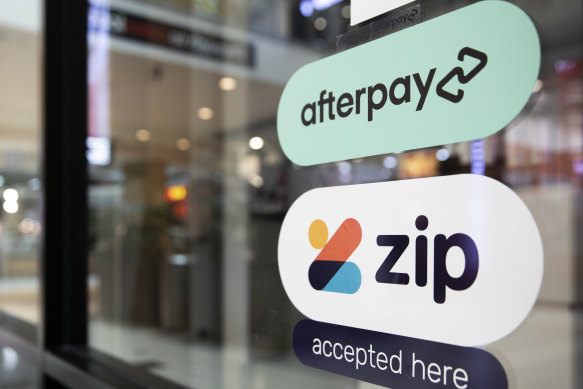 In November, Treasury released an options paper inviting input from industry players and stakeholders as it develops a framework to place tougher regulation on the burgeoning industry, mirroring similar moves in the UK and New Zealand.

The paper posited three options. The first option was stronger self-regulation and affordability tests. The second was to partially bring BNPL under the National Consumer Credit Protection Act, requiring providers to get an Australian credit license and strengthen its industry code, with a sliding “unsuitability test” applied to products.

The third recommendation – the only option supported by the consumer groups – would fully bring the sector under the Credit Act and make current responsible lending obligations that apply to credit card providers also apply to BNPL operators. This would include requirements for the operators to make reasonable inquiries into a consumer’s financial situation and taking reasonable steps to verify this information.

A joint submission submitted to Treasury in December by Close Lending Loopholes, an alliance which includes the country’s largest consumer advocacy groups, charities and community legal centres, is also arguing for a number of additional consumer protections beyond what is outlined in the third option.

The consumer groups say the first two options in Treasury’s discussion paper make too many concessions to the BNPL industry at the expense of consumer protections.

“Both options 1 and 2 would create a bespoke form of regulation for BNPL. Not only would this increase regulatory complexity; it would leave in place a number of the very legal loopholes that have allowed BNPL products to emerge,” the submission reads.

“In all likelihood, the government would find itself within a few years having to develop further regulation to rein in a new wave of credit products that have been designed to exploit these loopholes. That would be a perverse outcome that must be avoided.”

The groups said that the third option would address some main issues of BNPL that it believes increase a consumer’s overall debt levels. These include the ease of onboarding, minimum amount of information needed to open and use an account, and the ability to have multiple BNPL accounts at once, called loan stacking.

In the 2022 financial year, the number of BNPL accounts in Australia ballooned from 5 million to 7 million, mostly held by people aged 18 to 34 through companies, amounting to $16 billion in transactions, an increase of 37 per cent from the previous financial year.

While the shares of listed BNPL providers soared during at the start of the pandemic, they plunged last year amid concerns from investors that consumers, particularly younger cohorts, would not be able to repay their balances amid rising interest rates and increasing inflation.

Currently, nine BNPL providers representing about 90 per cent of the market are signed up to a voluntary industry code, developed by Australian Finance Industry Association (AFIA), but consumer groups say it shouldn’t be a replacement for legislated requirements and protections.

When Treasury’s options paper was released, several of the larger BNPL providers said they welcomed regulation but added it must be fit for purpose and proportionate. It’s understood at least one of the largest providers has backed option 2, the route which the market is also betting will be chosen by the government.

The AFIA, which counts the major BNPL as members, said in December it wasn’t opposed to regulation, but it needed to be “right-sized and it needs to reflect how things really work and how customers are actually using it” and the framework should be “proportionate, scalable and targeted”.

The consumer-focused submission was from a coalition of 22 organisations including Financial Counselling Australia, CHOICE, Consumer Action Law Centre, a number of community legal centres and charities such as Anglicare, Brotherhood of St Laurence and St Vincent De Paul Society.

Financial Counselling Australia chief executive Fiona Guthrie said last year in particular, as the cost of living crisis put pressure on households, they had seen people resorting to BNPL to pay for essentials but getting into financial difficulty as a result.

“Many of the people using BNPL are on low, and often, precarious incomes, and while the amounts people borrow may look small, they can snowball very quickly, and the impact when the debt cannot be paid is far from small,” she said.

In its December submission, the Public Interest Advocacy Centre said its research found that there was an increasing use of BNPL and similar credit products for essentials, including energy, and recommended that it should not be available for the payment of energy bills and consideration should be given to prohibiting their use to pay for other essential services.

“Offering credit unsolicited means that people end up indebted when they didn’t want the credit in the first place. It contributes to financial distress and has already been banned for credit cards,” he said.

“We urgently need to treat all consumer credit products, including BNPL, consistently, so people have the same safeguards, whoever the provider is.”