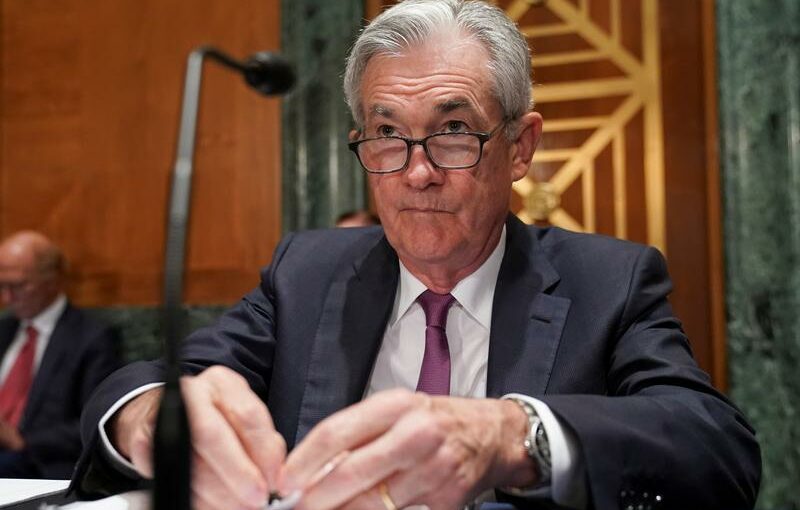 WASHINGTON (Reuters) – Jerome Powell took over as head of the Federal Reserve in 2018 pledging a plain-spoken, language-of-the-people approach to talking about monetary policy.

It turns out that’s a bit of a downer: New research using artificial intelligence and voice analytics rates Powell as the most negative of the last three chairs of the U.S. central bank, with his predecessor Janet Yellen the best able to maintain a neutral tone at her news conferences and Ben Bernanke before that a comparative cheerleader.

Markets, in turn, may have noticed. The authors of the research – Yuriy Gorodnichenko of the University of California, Berkeley, and United Kingdom researchers Tho Pham and Oleksandr Talavera – found that the Fed chair’s emotional tone at news conferences influences stock prices independent of the meaning of the words used.

The effect, as much as 200 basis points on the S&P 500 index for a shift from a positive to a negative tone at a Fed chief’s news conference, was comparable to that created when Fed chairs were actually trying to shape expectations with their language.

“It appears that a certain level of acting skill may be helpful to ensure that the public receives the policy message fully and correctly,” the authors wrote in a working paper published this month by the National Bureau of Economic Research (NBER).

Bond markets, perhaps more engrossed in the technical analysis of policy, were not as smitten by the chair’s tonality; inflation expectations reflected by bond yields and currency rates moved more modestly.

The scrutiny of a Fed chief’s emotive capacity to influence markets comes as Powell is effectively in the middle of a months-long audition for reappointment. His term as chair expires in early 2022.

So far, the Biden administration’s views of his performance managing the coronavirus crisis have been generally positive, administration officials have told Reuters, and economists expect him to be renominated.

Even if Powell’s tone strikes a robot listener as negative, market participants generally approve of his communications style, and according to a Brookings here Institution survey published earlier this year felt the Fed is doing a better job overall of explaining itself.

ALL ABOUT THE TONE?

Markets often react to the statements of top central bankers, and language is an important tool in successful monetary policy. By shaping public views about the economic outlook and likely central bank actions, officials can influence behavior and help make their policies effective.

Bernanke, who led the Fed from 2006 to 2014, began holding quarterly news conferences in 2011 after policy meetings to break the “mystique” of secrecy around central banking, and give communications a bigger role. Powell, who took the reins of the central bank in 2018, upped that to eight times a year, with a news conference scheduled after every Fed policy meeting.

“Fedspeak” isn’t without risk. All three of the last Fed chiefs made notable, market-disrupting missteps in either a news conference, congressional hearing or media interview.

While formal content analysis of Fed policy documents and speech transcripts is becoming more common, the authors of the study published by the NBER said it was the first time modern analytic tools had been used to estimate the market impact of a Fed chair’s emotional tone separate from the meaning of the words uttered or any policy action taken.

The study used machine learning techniques and databases of voice recordings to assign one of five emotions – happy, pleasantly surprised, neutral, sad and angry – to the responses Bernanke, Yellen and Powell gave to 692 questions asked at 36 news conferences from April of 2011 through July of 2019. That informed a separate analysis of market outcomes around each meeting.

The period predated the coronavirus pandemic, when words like “heartbroken” – a common one for Powell the last year – extended the range of emotions Fed chairs brought through the door.

The authors argue that if anything their findings make a hard job more challenging.

“How messages are said appears to be potentially as important as what is in the messages,” they wrote, arguing it “possibly adds another qualification (voice control) to the job requirement.”