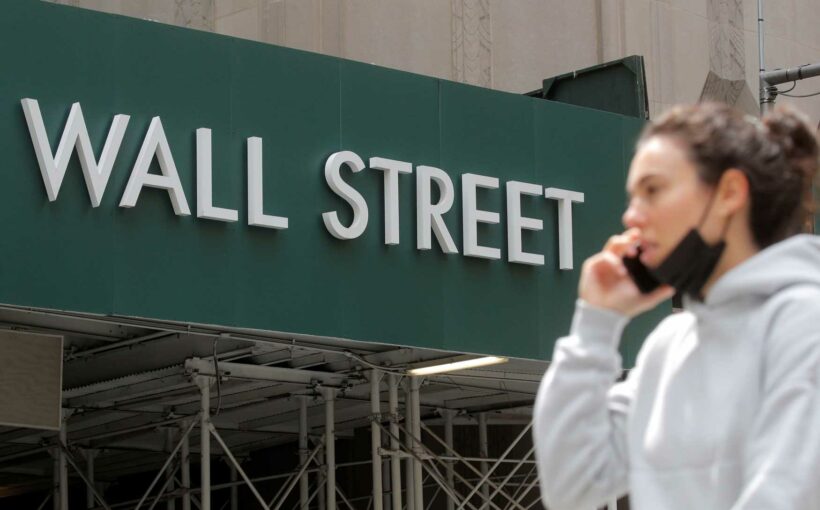 U.S. stock futures were flat Wednesday, one day after the Dow dropped 269 points, or nearly 0.8%, on lingering concerns about the Covid delta variant. The S&P 500 fell for the second straight session from Thursday's record close. The Nasdaq eked out a gain for another record finish. After the bell, meme stock GameStop (GME) is set to release quarterly results. (CNBC)

The 10-year Treasury yield, which moves inversely to price, dropped to 1.35% on Wednesday, ahead of the government's release of its latest JOLTS, Job Openings and Labor Turnover Survey, at 10 a.m. ET. The Federal Reserve is out with its Beige Book survey of economic activity across its 12 districts at 2 p.m. ET. (CNBC)

Bitcoin was under pressure again early Wednesday. It dropped as much as 10% on Tuesday, just one day after topping $52,000 and reaching its highest level since May. The volatility in recent days came ahead of and following El Salvador on Tuesday becoming the first country to adopt bitcoin as legal tender. (CNBC)

Coinbase (COIN) has received notice of a possible enforcement action from the Securities and Exchange Commission related to its interest-earning product, which the company had planned to launch in the coming weeks. The cryptocurrency exchange and services firm received a so-called Wells notice from the SEC a week ago. Shares of Coinbase fell 3% in premarket trading Wednesday. (CNBC)

BlackRock (BLK), the world's largest asset manager, has responded to sharp criticism from billionaire investor George Soros over the firm's investments in China. Soros' comments come after BlackRock said its China mutual fund subsidiary set up its first fund there after raising over $1 billion from more than 111,000 investors. (CNBC)

Amazon (AMZN) said Wednesday it's bringing its automated grab-and-go technology to two Whole Foods stores: one in California, the other in Washington, D.C. Shoppers who want to skip the checkout line can enter the store by either scanning an app, inserting a credit or debit card linked to their Amazon account, or placing their palm over the company's palm-scanning payment system, called Amazon One. (CNBC)

JPMorgan Chase (JPM) said Wednesday it plans to buy a majority stake of close to 75% in Volkswagen's payments business. The U.S. banking giant said the deal would help it expand its digital payment capabilities and enter into the automotive industry for the first time. (CNBC)

Apple (AAPL) sent invitations to the media for its annual September product event. New iPhones are expected. Apple could also release new Apple Watch and AirPods models. The company typically announces new iPhones in September. But last year, due to Covid, Apple announced the iPhone 12 in October. The September event was used to reveal new watches and iPads as well as services. (CNBC)

* AMC attendance surpasses 2019 levels for first time during Covid thanks to ‘Shang-Chi’ (CNBC)
* Hulu is raising the price of its on-demand plans by a dollar on Oct. 8 (CNBC)

The White House is proposing a stopgap spending measure to fund the government beyond the end of its fiscal year this month. The plan to avoid a government shutdown comes as lawmakers haggle over a bipartisan $1 trillion infrastructure bill and a Democrat-backed $3.5 trillion budget reconciliation package. (CNBC)

To help pay for that $3.5 trillion spending plan, congressional Democrats are floating a slew of taxes, including new levies on the wealthy. A couple of proposals from Senate Finance Committee Chairman Ron Wyden call for so-called mark-to-market taxes on derivatives and carried interest, which may result in levies on gains every year. (CNBC)

Tesla (TSLA) moved 0.7% higher in the premarket after Chinese car sales numbers showed the electric vehicle maker's sales jumping in August from the month prior. Local sales of vehicles made in China jumped to 12,885 cars in August versus 8,621 cars in July, according to the China Passenger Car Association.

Nio (NIO) dropped nearly 3% in early morning trading after the Chinese electric vehicle company announced a $2 billion stock offering. The company said it would use the proceeds to "further strengthen its balance sheet, as well as for general corporate purposes.

Citrix (CTXS) jumped 5.2% in early morning trading after The Wall Street Journal reported activist hedge fund Elliott Management has a more than $1 billion stake in the software company. The fund wants Citrix to work to boost its valuation, according to the report.

PayPal (PYPL) added 1% in premarket trading after the digital payments platform said it would acquire Japanese buy-now-pay-later company Paidy in a deal worth $2.7 billion. The move comes after Square announced in August it would buy Australian BNPL firm Afterpay, and after Amazon announced a partnership with BNPL company Affirm.

After a delay of well over a year, former New York Yankees shortstop and captain Derek Jeter will be inducted into the Baseball Hall of Fame on Wednesday. Last year's Cooperstown ceremony was canceled because of the coronavirus pandemic. (AP)