Home » What to watch today: Dow looks to extend its winning streak to four sessions 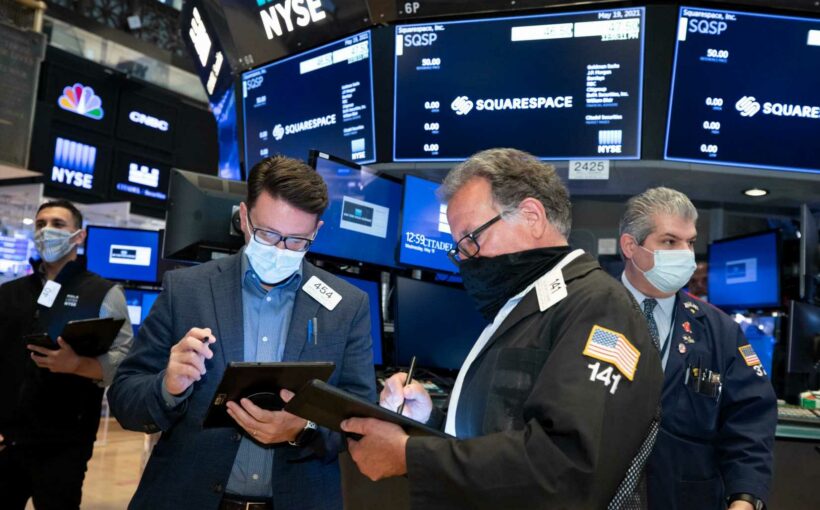 Those gains on Wall Street, fueled by a bounce in tech stocks, flipped the S&P 500 into positive territory for the month and put a dent into the Nasdaq's monthly decline. The Dow padded its already solid advance in May with just four trading days left in the month. (CNBC)

Home prices in March were 13.2% higher in March, compared with March 2020, according to the S&P CoreLogic Case-Shiller National Home Price Index. That is up from the 12% annual gain in February, and it marks the 10th straight month of accelerating home prices. (CNBC)

Moderna (MRNA) said Tuesday its Covid-19 vaccine was 100% effective in a study of adolescents ages 12 to 17, making it the second shot behind Pfizer's (PFE) to demonstrate high efficacy in younger age groups. The company plans to ask the FDA early next week to expand the emergency use authorization of its Covid vaccine. (CNBC)

Bitcoin was relatively stable above $37,000 on Tuesday after recent wild swings that sent the world's biggest cryptocurrency reeling last week. On Monday, bitcoin approached $40,000 after Tesla CEO Elon Musk tweeted that he spoke to bitcoin miners regarding the environmental impact of their energy-intensive operations. (CNBC)

Amazon (AMZN) could announce as soon as Tuesday a deal to acquire MGM Studios, the co-owner of the James Bond franchise and other film and television series, for $8.5 billion to $9 billion, according to people familiar with the matter. A deal for MGM would follow last week's announcement that AT&T agreed to break off its WarnerMedia unit and merge it with Discovery. (CNBC)

More than two dozen groups representing U.S. businesses and employers unveiled a new coalition Tuesday to fight virtually all of the Democrats' plans to raise taxes on self-described job creators. The alliance of 28 industry groups argues that hiking taxes on corporations would hamper the U.S. economy's recovery from the coronavirus pandemic. (CNBC)

A portion of a memo cited as a reason not to pursue obstruction of justice charges against former President Donald Trump was released Monday night, but the Justice Department said it is appealing a judge's order to release the rest of it. (NBC News)

Tuesday marks one year since George Floyd died after former Minneapolis police officer Derek Chauvin pressed a knee onto the 46-year-old's neck for about nine minutes. Bipartisan negotiators have worked for weeks to tweak the House-passed George Floyd Justice in Policing Act to win enough Republican support to get it through the Senate. (CNBC)

Lordstown Motors (RIDE) tumbled 13.7% in premarket trading after the electric vehicle startup said it needed to raise capital to fund operations and that its production this year would be, at best, 50% of prior projections.

AutoZone (AZO) reported quarterly profit of $26.48 per share, beating the consensus estimate of $20.14 a share. Revenue also came in above estimates. Comparable-store sales surged 28.9%, well above the consensus FactSet estimate of 17.1%. AutoZone's gross margins dropped, however, due in part to an acceleration of the company's commercial business. AutoZone added 1.1% in premarket trading.

AstraZeneca's (AZN) $39 billion takeover of U.S. drugmaker Alexion Pharmaceuticals (ALXN) is the subject of a probe by British competition regulators, who want to determine if the deal will reduce competition in the U.K. and elsewhere.

Live Nation Entertainment (LYV) President Joe Berchtold told CNBC's "Closing Bell" late Monday that concert venue bookings are rebounding, and that it is expecting a better year in 2022 than it had in 2019. Shares added 1% in premarket action.

IAC/Interactive (IAC) shares were higher ahead of today's spinoff of Vimeo to IAC shareholders. Vimeo will begin trading on the Nasdaq today, with the producer of video tools valued at roughly $10 billion.

Petco (WOOF) announced a secondary stock offering of 22 million shares, with the selling stockholder granting underwriters the option to purchase another 3.3 million shares within 30 days. Petco will not receive any proceeds from the offering. The stock fell 1.1% in the premarket.

PGA of America CEO Seth Waugh has apologized to winner Phil Mickelson and Brooks Koepka for fans rushing onto the 18th hole at the PGA Championship on Sunday. Waugh said Monday the organization regretted that the scene "made two players and their caddies feel vulnerable" during these Covid times. (AP)