Home » What to watch today: Stocks to drop, Big Tech and Big Oil earnings in focus 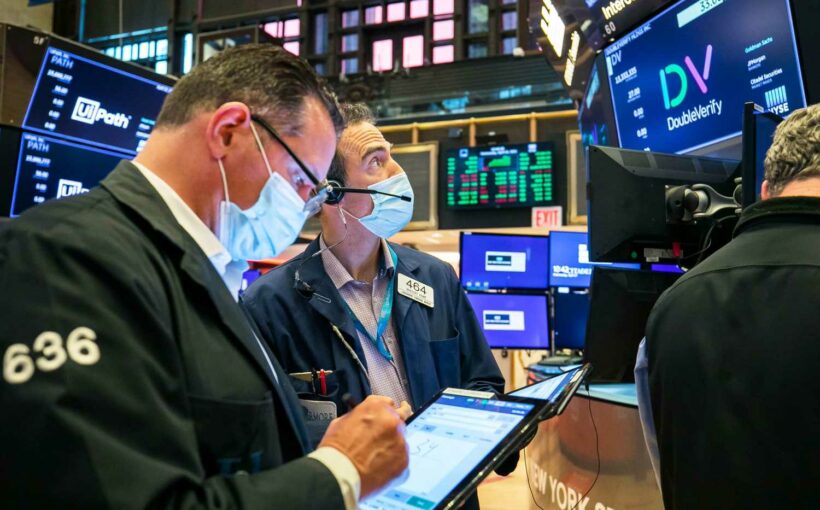 U.S. stock futures dropped Friday despite Amazon (AMZN) shares rising 2% in the premarket after the e-commerce and cloud giant reported blowout quarterly results after the bell Thursday. The government's 8:30 a.m. ET release of March personal income data is also on investors' radar. The latest round of Covid stimulus checks is expected to have pushed income up 20% last month. (CNBC)

The S&P 500 on Thursday rose 0.7% to close at a record. The Dow Jones Industrial Average saw similar gains but remained fractionally below its record close earlier this month. The Nasdaq lagged with a 0.2 advance and also finished shy of Monday's record close. With one day left in April, the Nasdaq and S&P 500 were up more than 6% for the month. The Dow's monthly gain was a little more than half that. (CNBC)

Amazon late Thursday reported record profit for the fourth straight quarter, with earnings of $15.79 per share, swamping estimates. Revenue of $108.52 billion for the first quarter also beat forecasts, with the company showing strength in all its business lines. Amazon also said it does not expect the Covid-induced boom in online shopping to fade once the pandemic recedes. (CNBC)

Dow stock Chevron fell about 2.5% in Friday's premarket, shortly after the U.S. oil major reported a first-quarter adjusted per share earnings decline of over 30% to 90 cents. That did, however, match estimates, while revenue of $32.03 billion beat expectations. Chevron's earnings sank on winter storm production losses, weaker margins and the absence of asset and tax items that benefited year-ago profit. (Reuters)

Energy rival Exxon on Friday posted its first profit, $2.7 billion, in five quarters, as higher oil and gas prices offset costs from a deep freeze in February. Adjusted per share earnings of 65 cents in the first quarter beat estimates and the year-ago period of 53 cents. Revenue of $59.15 billion also exceeded forecasts. Shares were steady in the premarket. (Reuters)

Disneyland, the world-famous theme park in California, reopens to visitors Friday after an unprecedented 13-month closure in what tourism officials hope is a sign of the state's rebound from the pandemic. For now, the park is allowing only in-state visitors and operating at limited capacity. Universal Studios Hollywood reopened two weeks ago. Comcast owns NBCUniversal, parent company of CNBC. (AP)

Restaurant Brands (QSR) beat estimates by 5 cents a share, with quarterly earnings of 55 cents per share. Revenue came in slightly above estimates. Comparable sales were better than expected at Tim Hortons and Popeyes, and matched forecasts at Burger King. Shares added 1.1% in premarket action.

Texas Roadhouse (TXRH) gained 3% in the premarket after the restaurant chain beat estimates on the top and bottom lines for its latest quarter. The company also announced it would resume paying a dividend in June.

Clorox (CLX) shares skidded 4.1% in premarket trading after the company cut its full-year forecast due to higher commodity and freight costs. Clorox beat estimates for its latest quarter by 14 cents a share, with profit of $1.62 per share. Revenue was below analysts' forecasts.

Newell Brands (NWL) shares rose 2.9% in the premarket after beating estimates on both the top and bottom lines for its latest quarter and raising its full-year forecast. The company behind consumer product brands like Sunbeam, Rubbermaid and Sharpie said it saw strong sales growth across all its business units.

Colgate-Palmolive (CL)shares of the household products maker gained 1.5% in the premarket as its top and bottom lines came in slightly above Street forecasts for its most recent quarter. The company registered 6% sales growth despite difficult comparisons to a year ago, when consumers were stocking up as the pandemic took hold.

Skyworks Solutions (SWKS) beat estimates by 2 cents a share, with quarterly earnings of $2.37 per share. The maker of semiconductor components also saw its revenue beat forecasts. The company's shares tumbled 7.9% in premarket trading, however, after it gave an outlook that disappointed some investors.

Gilead Sciences (GILD) fell a penny a share short of analyst forecasts, with quarterly earnings of $2.08 per share. The drugmaker's revenue missed estimates as well. Gilead was impacted by weaker sales for its HIV and hepatitis C drugs, although it did benefit from sales of its remdesivir Covid-19 treatment. The stock fell 2.7% in premarket trading.

Quarterbacks were the first three picks as the NFL's draft kicked off last night. Clemson's Trevor Lawrence went to the Jacksonville Jaguars to get things started. Next was BYU's Zach Wilson going to the New York Jets, and North Dakota State's Trey Lance landing with the San Francisco 49ers. The NFL draft resumes tonight. (AP)