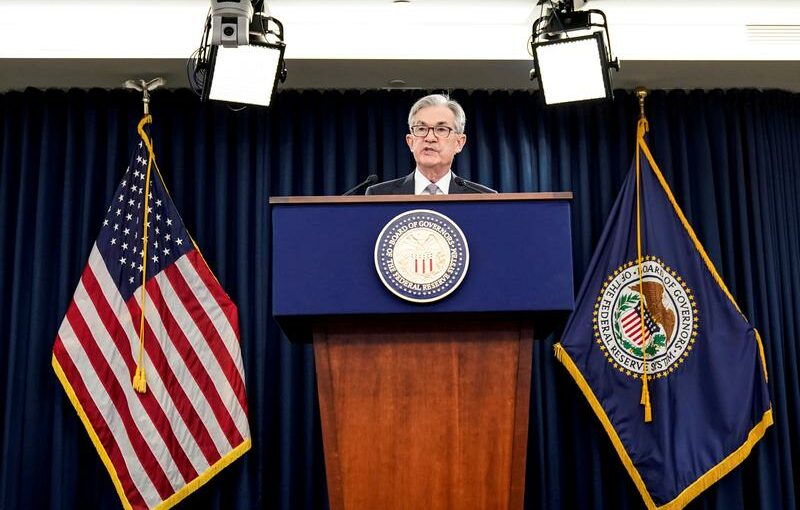 WASHINGTON (Reuters) – The top two U.S. economic officials will appear before lawmakers on Tuesday to assess a recovery that is evolving faster than expected, but still facing risks from the coronavirus pandemic on one side and potential inflation on the other as massive fiscal support rolls through the system.

Treasury Secretary Janet Yellen and Fed Chair Jerome Powell are due to testify before the House of Representatives Financial Services Committee at 12 p.m. EDT (1600 GMT) in one of their regularly scheduled appearances to review the economic response to the pandemic, which led to a collapse of business activity and employment last year.

That response included federal spending of about $5 trillion and massive support from the central bank that set the stage for a rebound now taking hold as the COVID-19 vaccination program gains momentum and pandemic restrictions are lifted.

The key issue for lawmakers: How quickly millions of still-unemployed workers will find their way back to jobs, whether the U.S. central bank can keep markets on an even keel amid rising prices and bond yields, and whether initial progress against the pandemic can be sustained.

In testimony released ahead of the hearing, Yellen repeated an optimistic view that the U.S. response, including the Biden administration’s $1.9 trillion relief package that was passed this month, could get the country back to full employment by next year.

“I am confident that people will reach the other side of this pandemic with the foundations of their lives intact. And I believe they will be met there by a growing economy. In fact, I think we may see a return to full employment next year,” Yellen said.

The current U.S. unemployment rate of 6.2% is far above the historic lows of around 3.5% reached before the pandemic, and statistical surveys during the crisis may understate the true level. The economy is about 9.5 million jobs short of where it was in February 2020.

Still, Fed officials including Powell expect job growth to accelerate in coming months as life returns to normal and a wide variety of businesses, from restaurants to amusement parks, begin to reopen and restaff.

“The recovery has progressed more quickly than generally expected and looks to be strengthening,” Powell said in his opening statement.

Yellen and Powell are scheduled to appear before the Senate Banking Committee on Wednesday.