Home » A Search for Remembrance After the Sandy Hook Massacre 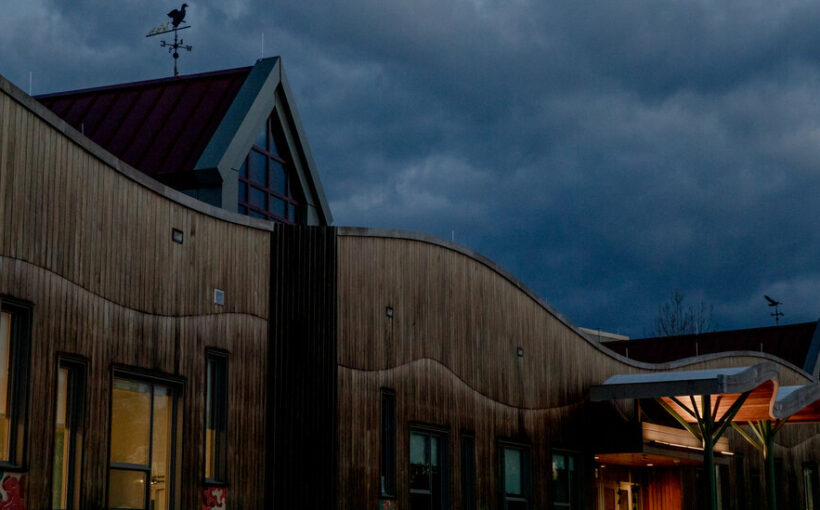 NEWTOWN, Conn. — In their garden this past week, Francine and David Wheeler reflected on what this town’s vote on Tuesday to build a permanent memorial to the tragedy at Sandy Hook Elementary School meant to them.

Their son Ben, along with 19 other first graders and six educators, was killed in a mass shooting on Dec. 14, 2012, that shocked the world, and then was lost amid all the gun carnage that followed. The victims’ families have pleaded for remembrance.

Tuesday’s vote was not an overwhelming endorsement of the project. Fewer than 9 percent of voters in the town of 28,000 turned out for the referendum, which included a decision on the annual budget and other capital projects. Only 963 residents voted yes on the memorial, compared with 748 who voted no. More people voted in favor of a gas boiler upgrade for Reed Intermediate School.

Sandy Hook has captured so much American tragedy in the ensuing nine years: an ineffectual Congress that tried but failed to respond; partisan rancor over gun policy that has grown shopworn and cynical since the shooting; viral, vicious conspiracy theories that tortured the survivors and portended the lies that now threaten America’s democratic institutions.

All of that has left many in Newtown wanting to move on, but the families, like many of their neighbors, still mourn, and seek to create something positive from unfathomable loss.

“Everybody talks about how we’re this ‘strong’ and that ‘strong’ and ‘We will get past this,’ and ‘This isn’t who we are,’” Mr. Wheeler said. “Maybe it’s time for us to look at ourselves and say, ‘This is who we are. This is what happens to us in this country. This happens. And maybe we’re not strong, and maybe this town will be defined by this forever and ever and ever.’”

Several victims’ relatives said that they were grateful for the memorial, regardless of the closeness of the vote.

“We’re disappointed about the numbers of people who turned out, but I don’t think it’s a statement about the tragedy at all,” Ms. Wheeler said. “If you asked every single person who lives in this town individually, you would find more people than not who are like, ‘Of course we remember, of course we never want to forget.’”

Renderings of the memorial, nearly a decade in the planning, depict green curving paths converging on a pond with a solitary sycamore tree rising from its center, a peaceful place to reflect. 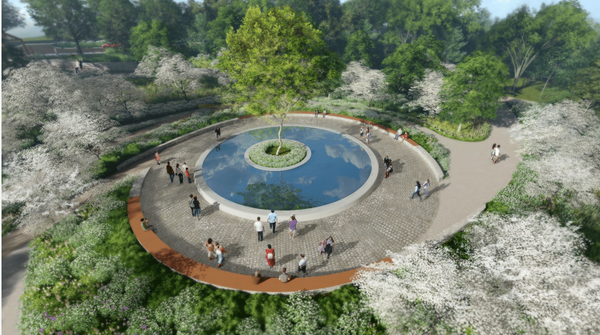 Intended to foster healing, the project first required working through Newtown’s pain. Potential sites were proposed, debated and rejected, until the trustees of the Boys Social and Athletic Club of Sandy Hook donated the current five-acre site, a short distance from the new Sandy Hook Elementary School.

The Sandy Hook Permanent Memorial Commission, whose members include some victims’ relatives, worked with the families, school faculty and staff, emergency responders, civic leaders and townspeople to plan the project.

After many community meetings, the commission drew up design guidelines that reflect the sensitivities involved. The project’s “main focus is to memorialize the victims and the beautiful essence of their individuality instead of the actual event,” the design document said. “It should communicate the limitless possibilities of the children’s imaginations but not be childlike. The memorial should not be physically imposing or ideologically overbearing, but through its simplicity should communicate the great depth of our loss.”

Plants that attract butterflies, natural stone and water elements were welcome. Statuary depicting the victims, the date of the crime or the number of victims were not. And in a grim reminder of the conspiracy theorists and tragedy tourists who have trailed the town, the document warns, “The possibility of vandalism needs to be kept in mind.”

The final design, by SWA Group in San Francisco, was chosen in 2018 from nearly 200 submissions. Construction was originally estimated at more than $10 million, a cost the town feared voters would reject as too expensive. Efforts to scale back the project contributed to years of delays.

In the run-up to the vote, some still expressed doubt that voters would approve the memorial.

“One of the first questions that we tackled was, should there even be a memorial?” the commission chairman, Daniel Krauss, said in a Facebook Live forum sponsored by the town’s newspaper. The commission reviewed other memorials to other tragedies, finding no shortage of case studies.

The group has “worked very tirelessly for seven years now,” Mr. Krauss said. “We’ve had disagreements, we’ve had difference of opinions, but at the end of the day we all stand behind the project, and believe in it.”

The final design, at $3.7 million, “does what we wanted to do at the very beginning of the project,” he said, “which was to remember and honor those who were lost at Sandy Hook school.”

The Wheelers, whose foundation, Ben’s Lighthouse, offers programs, including a free summer camp, to help children and teenagers develop empathy, self-awareness and social connection, praised the commission’s efforts to include victims’ families and the people affected by the massacre in its plans.

“They were completely transparent with everyone, certainly with us. Every time there was a design decision to be considered, they would get everybody together and get us all in a room and let us know,” Mr. Wheeler said. “At this juncture, at any rate, it feels like an example of how to do this the right way.”

The Newtown Bee newspaper made a final push for the project in an editorial a week before the vote.

“Residents need little reminder of that tragic day, but a tangible reminder to those who do not call Newtown home of how tragedy changes lives and changes communities provides enough reason to vote yes,” the column read.

Scarlett Lewis’s son Jesse Lewis died while encouraging his Sandy Hook classmates to run from the gunman. Over dinner at the Red Rooster Pub in Newtown after voting yes on the memorial Tuesday, she recalled an early public forum about the project.

Ms. Lewis sat on the memorial commission at the time, and attended the forum with two other victims’ mothers. “We had a lot of people there, and they were giving their opinions, and there were some women sitting in front of me and they said, literally, quote, ‘They have a memorial, and it’s called a tombstone. They can go visit the tombstone anytime they want. I don’t know why I have to drive by something every day, and explain to my child, and feel sad.’”

Ms. Lewis quit the commission the next day. “I went home and I got my art group together and painted our own memorial that’s hanging on my barn.”

The mural faces the road and honors all the children and educators killed: It depicts a pond flanked by exuberant flowers, populated by Jesse’s beloved ducks. A small sign on its bank bears the message “Have a lot of fun,” a quotation from a note Jesse had written to his older brother, J.T. Lewis, who found it after Jesse’s death.

Jesse’s father, Neil Heslin, does not live in Newtown, but if he did, he said, he would not have voted for the project. “There’s no reason that the town taxpayers should be footing the bill for that,” he said in a separate interview. “I support the idea of a memorial. But we talk about the tragedy so often that it can be hard to move on with our lives.”

“It’s important to honor what happened. It’s a part of our history, it’s a part of our town’s history,” she said. “Teaching your kids about it might be painful, but it’s also necessary, because with learning, we can teach them why that happened, how that happened and what they can do to make sure that it doesn’t happen again.”