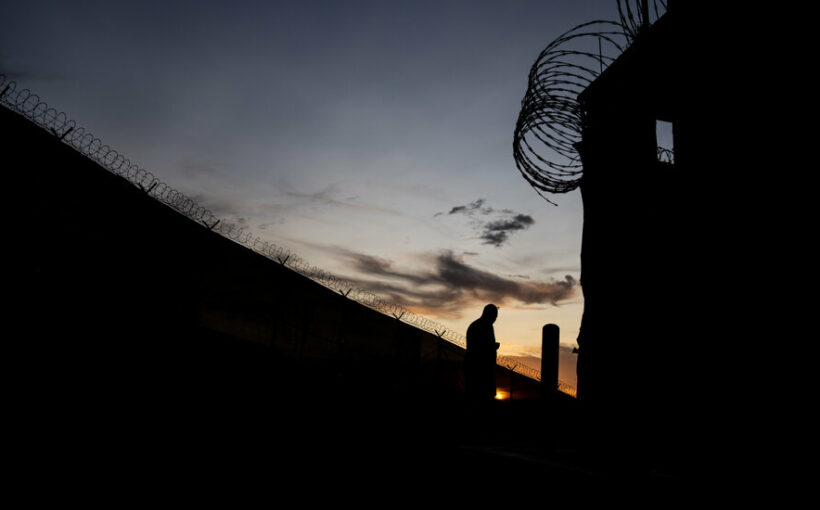 GUANTÁNAMO BAY, Cuba — A Pentagon appeals panel on Monday threw out a ruling by an Army judge who found that evidence obtained during the torture of a defendant could be considered in determining pretrial matters in a death-penalty case at Guantánamo Bay.

“The issue of admissibility of such evidence is not ripe or ready for judicial review,” the Court of Military Commission Review ruled in a six-page decision that essentially left to another day the overarching issue of whether prosecutors can in some instances use evidence obtained through the torture of a prisoner.

Lawyers brought the appeal on behalf of Abd al-Rahim al-Nashiri, a Saudi man accused of plotting Al Qaeda’s bombing of the U.S. Navy destroyer Cole off Yemen in 2000, which killed 17 U.S. sailors. Mr. Nashiri was waterboarded by psychologists working for the C.I.A., and his trial has been mired in pretrial proceedings for a decade as the court that was set up after the attacks of Sept. 11, 2001, tries to deal with the legacy of the torture.

The Pentagon appeals panel issued the decision on Monday, the eve of the first pretrial hearings in the case since January 2020 following a lengthy closure of the court caused by the coronavirus pandemic. A military commission at Guantánamo is essentially a commuter court, with nearly everybody who takes part in the proceedings, aside from the prisoner, arriving on a charter flight from the Washington, D.C. area.

At issue in the appeal had been a decision by prosecutors earlier this year to include in a classified filing something Mr. Nashiri told a C.I.A. interrogator during a particularly brutal interrogation in 2002. His lawyers were seeking information about a drone strike in Syria in 2015 that killed Mohsen al-Fadhli, another Qaeda figure, as they explored a theory that the United States had already killed plotters of the Cole attack who were more senior and more culpable. Prosecutors asked the judge to end that line of inquiry, pointing to a classified cable that said Mr. Nashiri had told C.I.A. agents as he was being interrogated at a secret prison in Afghanistan that Mr. Fadhli had not been involved.

Defense lawyers asked the trial judge to reject the filing, saying prosecutors in a military commission trial are forbidden to submit evidence derived from torture. Rather than reject the evidence, the judge, Col. Lanny J. Acosta Jr., ruled on May 18 that while juries could not see that type of evidence, prosecutors may invoke such information for very narrow use on matters that are a judge’s rather than a jury’s domain.

The ruling stirred controversy. David Luban, a professor of law at Georgetown University, said he found it troubling because “torture evidence sneaks in through the back door.” Mr. Nashiri’s lawyers accused the military judge of “moral blindness.”

The ruling also caught the attention of Biden administration lawyers, who were unhappy with the decision by the long-serving chief war crimes prosecutor, Brig. Gen. Mark S. Martins of the Army, to cite a statement obtained through torture. A dispute over the tactic figured in the general’s unexpected decision to retire from the Army 15 months early. He leaves service on Sept. 30.

After he put in for retirement, General Martins asked Colonel Acosta to wipe from the record the information from the C.I.A. prison while retaining the overarching decision that judges have the authority to evaluate information gleaned from torture. Colonel Acosta did just that.

Mr. Nashiri’s defense lawyers said they were disappointed that the panel had not gone further and forbidden the use of evidence derived through torture in pretrial litigation. They had sought a broader decision that found Colonel Acosta’s reasoning flawed, and an order to review filings made between the prosecution and the judge to determine if other such evidence had seeped into the case.

Mr. Nashiri’s military lawyer, Capt. Brian L. Mizer of the Navy, said Monday that his team was considering an appeal to a civilian court, the U.S. Court of Appeals for the District of Columbia Circuit.