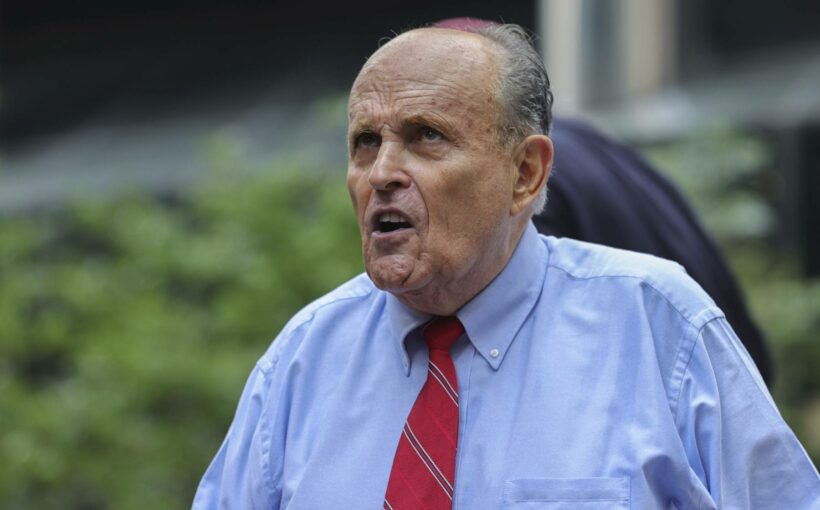 WASHINGTON — The top election official in Arizona says there should be a criminal investigation into newly revealed efforts by Donald Trump’s allies to interfere with the 2020 vote count in the state. In an interview with MSNBC, Arizona Secretary of State Katie Hobbs, a Democrat, referenced multiple phone calls made by Trump lawyer Rudy Giuliani and Trump himself to a county election official in Arizona, and said those calls should be probed by law enforcement to see if they constituted criminal election interference.

“What we have seen here is what appears to most people to be clearly violating laws and clearly calling for interference into the election,” Hobbs said, adding that the evidence of possible interference “warrants further investigation regardless of anyone’s party involved in this.”

The Revenge of John Roberts

20 Best Country Songs to Play While Getting High

The Arizona Republic, the state’s largest newspaper, recently reported on the pressure campaign mounted by Trump and his acolytes aimed at local election officials in the days and weeks after Joe Biden narrowly won Arizona in the 2020 election. Twice, Trump attempted to contact supervisors in Maricopa County, the most populous county in the state, after the 2020 election. Rudy Giuliani also tried to contact county supervisors in the state. In a voicemail left for one county supervisor, Giuliani said: “I have a few things I’d like to talk over with you. Maybe we can get this thing fixed up. You know, I really think it’s a shame that Republicans sort of, we’re both in this, kind of, situation. And I think there may be a nice way to resolve this for everybody.”

Kelli Ward, a conspiracy theorist, former congressional candidate, and chair of the Arizona Republican Party, texted the then-chairman of the Maricopa County Board of Supervisors, a man named Clint Hickman. “We need you to stop the counting,” Ward texted Hickman soon after the election. Ward continued peppering Hickman with text messages in the weeks that followed. She urged him to contact Sidney Powell, the Trump-backing lawyer who promoted baseless theories about the election and now faces a $1.3-billion defamation lawsuit filed by Dominion Voting Systems, a frequent target of Powell’s unsupported theories. “Here is Sidney Powell’s number,” Ward texted Hickman on November 17th. “Please call her.” Then, on November 20th, Ward texted Hickman: “I know you don’t want to be remembered as the guy who led the charge to certify a fraudulent election.”

This was not the only time Trump and his followers pressured state officials to change the election result in his favor. In early January, Trump held an hour-long phone call with Georgia Secretary of State Brad Raffensperger. On that call, Trump urged Raffensperger to “find” enough additional or supposedly fraudulent votes to flip the state in his favor. “I just want to find 11,780 votes, which is one more than we have because we won the state,” Trump told Raffensperger. (The Daily Beast reported in March that two grand juries had been convened in Fulton County, Georgia to investigate the Trump campaign for election interference.)

Election-law scholars and experts on democratic governance say the actions of Trump, Ward, Giuliani, and others are egregious attempts to subvert a free and fair election. These experts say it’s imperative for lawmakers in Congress and in the states to pass new laws guarding against future attempts at election subversion. In June, a group of Democratic House members and senators introduced the Preventing Election Subversion Act of 2021 to deter future attempts at strong-arming state and local government employees who run elections. “American elections — and the public servants who oversee them — should be free from partisan interference, threats of violence, and acts of intimidation,” Sen. Mark Warner (D-Va.) said in a statement.

In Arizona, Katie Hobbs’ call for a criminal investigation comes with a partisan tint, as she’s now running for governor. But Hobbs insists the voicemails and texts from Trump and his associates meant to pressure Arizona officials speak for themselves. “It’s clear to everyone watching that this absolutely warrants further investigation and whatever that leads to,” she said on MSNBC. “I think most lay people can look at this say, ‘This doesn’t look right. This doesn’t smell right.’”