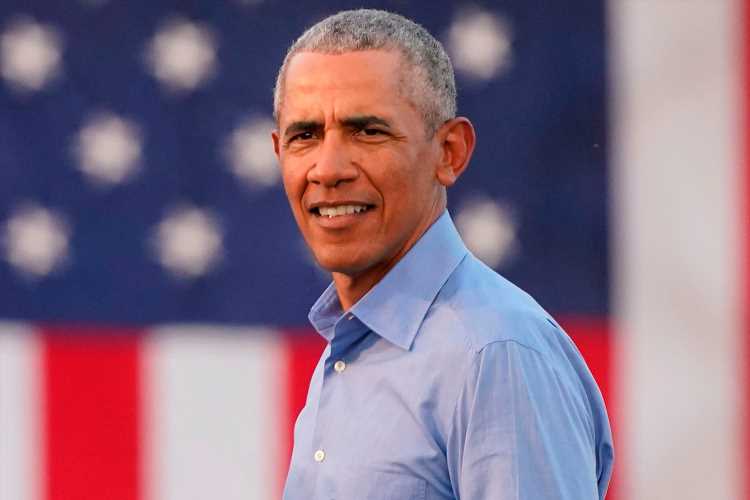 Barack Obama is recalling an incident of racism from his childhood.

In episode two of their new Spotify podcast, Renegades: Born in the USA, Obama, 59, and Bruce Springsteen have an in-depth and frank conversation about race in America. At one point in the discussion, the former president remembers as a child having a locker-room dispute with a friend who called him a racial slur.

"When I was in school I had a friend, we played basketball together, and one time we got into a fight and he called me a c–n. Now first of all, ain't no c–ns in Hawaii, right?" Obama says in the episode with a laugh, adding, "It's one of those things where he might not even known what a c–n was. What he knew was, 'I can hurt you by saying this.' I remember I popped him in the face and broke his nose. … It was just reactive; I said, 'What?!' and I popped him."

Obama has touched on this childhood experience before, writing in his memoir that it happened when he was in the seventh grade. Want to get the biggest stories from PEOPLE every weekday? Subscribe to our new podcast, PEOPLE Every Day, to get the essential celebrity, entertainment and human interest news stories Monday through Friday.

Speaking with Springsteen in the podcast episode, he then ponders what the root of racism tends to be, explaining that hateful thinking often boils down to someone looking to exert power over others.

"The point is, what it comes down to is an assertion of status over the other," Obama says. "The claim is made that, 'No matter what I am — I may be poor, I may be ignorant, I may be mean, I may be ugly, I may not like myself, I may be unhappy — but you know what I'm not? I'm not you.' And that basic psychology then gets institutionalized, is used to justify dehumanizing somebody, taking advantage of them, cheating them, stealing from them, killing them, raping them — whatever it is. At the end of the day, it really comes down to that."

"And in some cases," he continues, "it's as simple as, you know, 'I'm scared I'm insignificant and not important, and this thing is the thing that's gonna give me some importance.' " Renegades: Born in the USA is the second Spotify series from the Obamas' production company, and features the former president and Springsteen, 71, "in deep and revealing conversation with each other, exploring a wide array of topics including race, fatherhood, marriage and the state of America," according to a news release.

The first two episodes of the eight-part series debuted Monday.