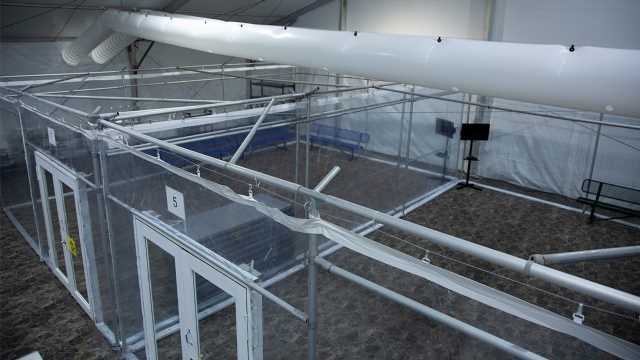 The Biden administration announced this week that it opened a soft-sided facility for immigrants in Donna, Texas, as Republican lawmakers warn of a “rising crisis” at the U.S.-Mexico border.

In a statement to Fox News, a spokesperson for U.S. Customs and Border Patrol said the agency’s Centralized Processing Center in McAllen, Texas, is undergoing renovation, necessitating the additional facilities.

The primary purpose of the Donna location will be to process individuals in U.S. Border Patrol custody.

“The Donna location was chosen because it is central to Border Patrol stations throughout the Rio Grande Valley Sector,” a spokesperson for U.S. Customs and Border Patrol said.

As previously reported by Fox News, the Department of Health and Human Services also plans to reactivate a temporary Influx Care Facility in Carrizo Springs, Texas, for the potential care of unaccompanied alien children detained at the country’s Southwest border.

The facility will initially be able to accommodate about 700 migrant children, though capacity can be added if necessary. The government expects to begin housing unaccompanied alien children who have been cleared of COVID-19 quarantine in Carrizo Springs in slightly over a week. It will not house children under the age of 13.

The centers are opening as apprehensions at the border climb amid hopes of a loosening of restrictions under the current administration, as previously reported by Fox News.

The Department of Homeland Security noted that there has been a steady increase in border encounters since April, triggered by conditions brought on by the pandemic and natural disasters.

By law, the government is required to provide care for unaccompanied alien children who have no immigration status in the U.S. no legal guardian in the U.S., and who are not yet 18 years old.