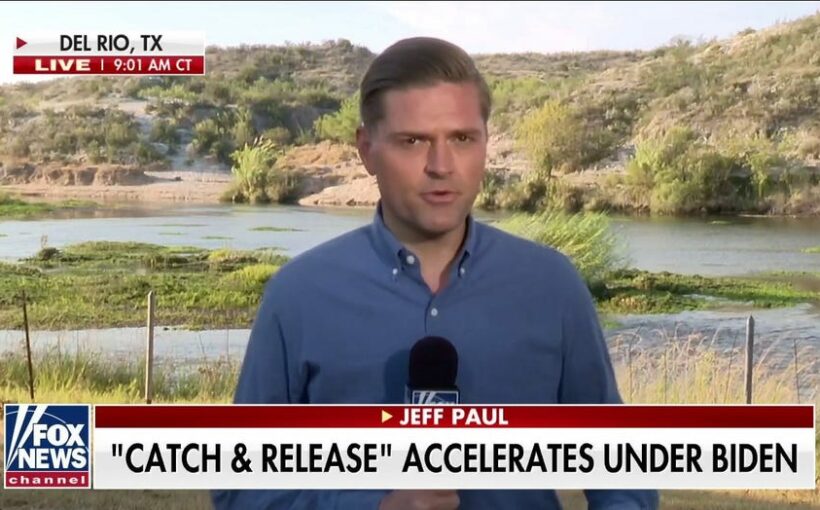 Fox News correspondent Jeff Paul has the latest on the border crisis on ‘America’s Newsroom.’

The Biden administration is moving to recreate the Deferred Action for Childhood Arrivals policy after a court in Texas ruled the policy was illegal.

“The Biden-Harris Administration continues to take action to protect Dreamers and recognize their contributions to this country,” Homeland Security Secretary Alejandro Mayorkas said in a statement.

The court suspended the ability for “Dreamers” to apply for DACA protections, a departure from a 2012 ruling that found the policy violated the Administrative Procedures Act, but continued to allow protections for the 600,000 people who were already in the United States and unable to gain legal status.

Mayorkas said the plan to recreate DACA was a “step to achieve” protections for Dreamers, though he noted that “only Congress can provide permanent protection.”

“I support the inclusion of immigration reform in the reconciliation bill and urge Congress to act swiftly to provide Dreamers the legal status they need and deserve,” Mayorkas said.

The Obama-era policy has faced both legal and political pushback since being adopted in 2012, most recently when former President Trump attempted to eliminate the policy in 2017. That effort was stalled in the courts, which ruled that Trump did not properly terminate the policy.

Democrats have also attempted legislative routes to make the program permanent, including an effort to give out 8 million green cards as part of the controversial $3.5 trillion spending bill.

But that effort was stalled by Senate parliamentarian Elizabeth MacDonough, who ruled that the proposal could not be included in the budget reconciliation process.