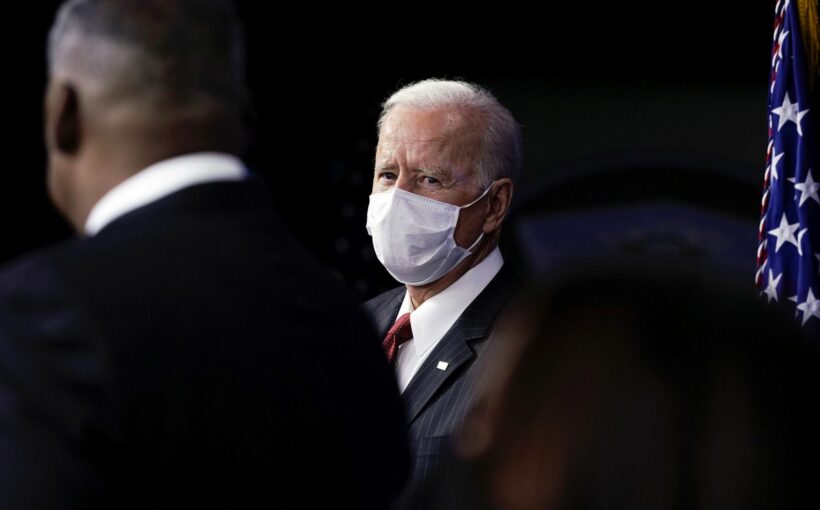 WASHINGTON — President Joe Biden called off an air strike against a second target in Syria last week after a woman and children were spotted in the area, a senior administration official told NBC News.

Because of the presence of civilians, only one target was bombed in last week's operation, which came in retaliation for recent rocket attacks on U.S. personnel that the Pentagon blamed on Iranian-backed Shiite militia in Iraq, the administration official and a Defense official said.

The president made the decision to cancel the separate air strike after military reconnaissance revealed a woman and two children in the courtyard of the intended target, according to the senior administration official.

The Wall Street Journal first reported on Biden's decision, which came at the last moment before aircraft were due to drop bombs on the second target.

The target that was bombed last week by U.S. warplanes was a logistics waystation in eastern Syria that the Pentagon said was used by Iranian-backed militia. U.S. officials blamed a deadly Feb. 15 rocket attack on a U.S.-led coalition base in Irbil in northern Iraq on the paramilitary groups.

Since the U.S. bombing raid last week, an Iraqi air base northwest of Baghdad that hosts U.S. troops came under rocket attack on Wednesday morning.

The Pentagon is not yet ready to say definitively who launched rockets at the Ain al-Asad base northwest of Baghdad, but the attack resembled previous assaults carried out by Iraqi Shiite militia armed and supported by Iran, the three officials said.

The base was hit by 10 medium-range 122mm rockets, which were fired from a truck to the east, the officials said. The Feb. 15 attack at a U.S.-led coalition base in Irbil in northern Iraq featured shorter-range 107mm rockets.

A civilian contractor at the al-Asad base suffered a cardiac arrest while taking shelter from the rocket attack and later died, according to the Pentagon. The vast base is home to about 1,400 coalition troops.

The Pentagon said that a counter-rocket system at the base intercepted some of the incoming rockets in Wednesday’s attack.

“We assess that C-RAM effectively engaged four of the ten rockets that impacted the base. None of the rockets made direct hits on any structure or vehicle. There was some minor shrapnel damage that will not have any impact on operations at Al Asad,” Pentagon spokesperson Commander Jessica McNulty told NBC News.

Pentagon press secretary John Kirby told reporters on Wednesday that the U.S. was waiting on the results of an investigation into the attack by Iraqi authorities. The United States reserved the right to respond if necessary, Kirby said, but he added that "nobody wants to see this situation escalate."

Along with the recent rocket attacks on facilities that host U.S. personnel, militia groups have stepped up roadside bomb attacks on private contractor convoys that supply various bases in the country, according to Michael Knights of the Washington Institute for Near East policy, who has studied the militia groups' activities. The convoys are escorted by Iraqi security forces.

Amid tensions between the United States and the Iranian-armed militias, Pope Francis is due to make a landmark visit to the country starting on Friday.