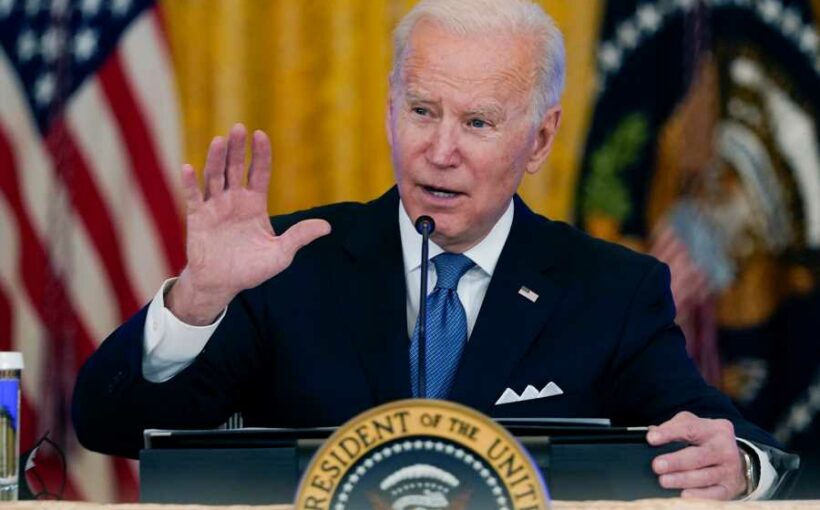 President Biden lost his temper at the end of an event at the White House on Monday, insulting a reporter who asked him a question about inflation.

As a photo op was wrapping up in the East Room, Peter Doocy of Fox News asked Biden whether he believes “inflation is a political liability in the midterms.”

“It’s a great asset, more inflation,” Biden responded sarcastically. “What a stupid son of a bitch.”

Doocy quickly hopped on Fox News to laugh about the incident with Jesse Watters.

“I think the president’s right, you are a stupid SOB,” Watters cackled.

“Yeah, nobody has fact-checked him yet,” said Doocy.

Doocy has a history of trolling lawmakers, as Politico detailed in a lengthy profile last year. During the 2008 presidential campaign, he asked John McCain whether Hillary Clinton had “finally resorted to hitting the sauce just because of some unfavorable polling” after a photo of Clinton drinking Crown Royal had gone viral. Politico notes that McCain laughed at the question, but he wasn’t laughing nearly a decade later when Doocy asked the late senator whether he planned to oppose former President Trump’s agenda given their contentious relationship

Doocy has gotten under Biden’s skin in the past, as well, so much so that when the president prepared to field a question from him last week, he told Doocy that though he asks the “nicest” questions, “none of them make a lot of sense.”

Doocy then asked Biden why he’s “trying to pull the country so far to the left.” Biden flashed a huge grin before saying he wasn’t. “You guys have been trying to convince me I’m Bernie Sanders,” he said before leaning in close to the microphone. “I’m not. I like him. But I’m not Bernie Sanders. I’m not a socialist. I’m a mainstream Democrat, and I have been.”

The White House did not immediately respond to a request for comment from Rolling Stone about calling Doocy a “son of a bitch” on Monday.