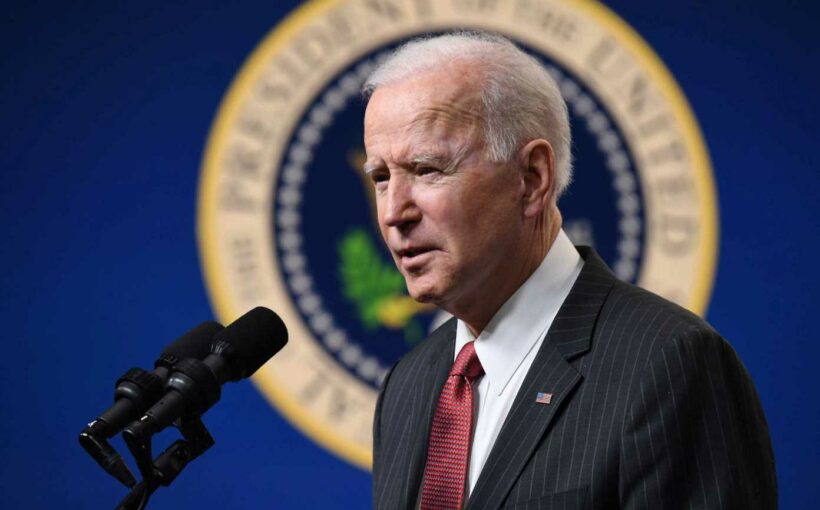 President Joe Biden on Wednesday announced that he will impose immediate sanctions against military leaders in Myanmar who directed a coup that led to the detention of the nation's democratically elected leader Aung San Suu Kyi, President Win Myint and others.

Biden also said the Myanmar's "military must relinquish the power it seized" and release the coup's prisoners.

"We will identify a first round of targets this week, and we're also going to impose strong exports controls," Biden said in announcing two new executive orders related to the sanctions.

The president said he will bar Burmese generals from getting access to $1 billion in Myanmar funds being held in the United States.

Biden also said, "We're freezing U.S. assets that benefit the Burmese government, while maintaining our support for health care, civil society groups and other areas that benefit the people of Burma directly."

And he called on the military to not use violence against protestors exercising their democratic rights to object to the coup.

Biden last week had condemned the military takeover of the civilian-led government, calling it "a direct assault on the country's transition to democracy and rule of law."

But the generals behind the coup have claimed that the election was fraudulent.

Myanmar citizens, including including monks and nurses, took to the streets in protest of the coup, draped in the red color of the NLD party.

In response, the military banned rallies and gatherings of more than five people, along with motorized processions, and imposed a 8 p.m. to 4 a.m. curfew for Yangon and Mandalay, the country's first- and second-biggest cities.

The U.S. formally eased prior sanctions against Myanmar in 2012 to allow American dollars to enter the country, withholding certain investments in Myanmar's armed forces and its Ministry of Defense

But a clause in the move included the ability to bolster sanctions on "those who undermine the reform process and engage in human rights abuses."

Pentagon spokesman John Kirby last week said, "We certainly have viewed with great alarm what has happened in Burma, but I don't see a U.S. military role right now.

This is breaking news. Check back for updates.