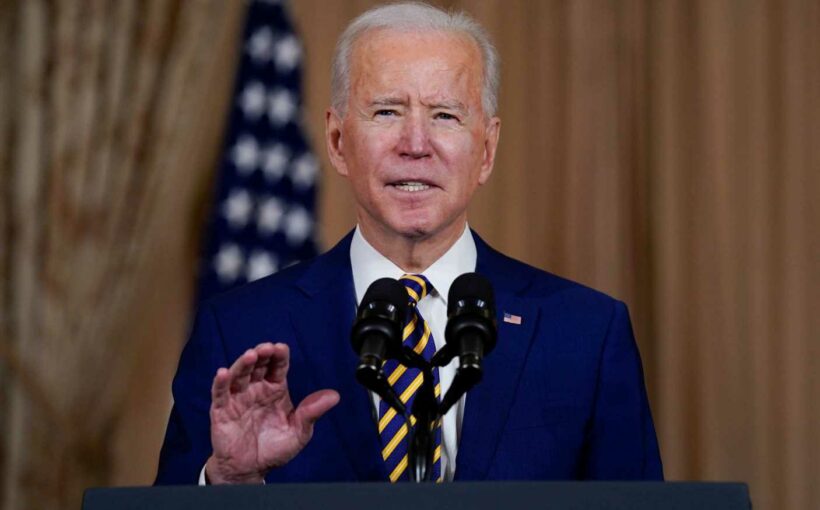 President Joe Biden on Friday reaffirmed his commitment to passing a large, aggressive stimulus bill to address the coronavirus pandemic and ensuing economic crisis, saying the real risk is not going big enough.

The Biden administration has been publicly unified that it is committed to sticking by its $1.9 trillion stimulus proposal, while indicating that it is willing to discuss some details to keep the Democratic caucus together and potentially attract Republican votes.

But some Democratic allies are trying to undermine the message and convince the White House to go smaller.

Former Treasury Secretary Larry Summers, who was also a top economic adviser to President Barack Obama, on Thursday published an op-ed in The Washington Post arguing that it’s too risky to go big. “There is a chance that macroeconomic stimulus on a scale closer to World War II levels than normal recession levels will set off inflationary pressures of a kind we have not seen in a generation,” he argued, “with consequences for the value of the dollar and financial stability.”

Jared Bernstein, a progressive economist and a member of Biden’s Council of Economic Advisers, said on CNN Friday morning that Summers was “wrong in a pretty profound way” and that the country needs to “go big” and “go bold.”

“What Larry is warning about inflation overheating, and right now we have inflation below the [Federal Reserve’s] target rate of 2% for well over a decade,” Bernstein said. “We also have tremendous unused capacity in this economy. We have Black and Hispanic unemployment rates around 9%. We have 10 million people unemployed. We have 2.5 million fewer women in the labor force who haven’t counted in the unemployment rate.”

“It is all of that capacity that the American rescue plan plans to get back online into this economy primarily through controlling the virus, distributing the vaccine and providing the people the relief they need to get to the other side,” he added. “That is not overheating.”

A White House official also told HuffPost that Summers’ opinion was not the prevailing view in the administration.

“Larry is Larry, and people accept that,” said the official, who requested anonymity to speak openly. “There is no one in the building who disagrees with the president’s assessment of what is needed at this moment, and we feel like we’re ending the week in a good place.”

The lessons from the 2009 Recovery Act fight are weighing heavily on Democrats.

“The lesson of 2009 is repeated and respected even among the colleagues who weren’t here at the time,” said Sen. Richard Blumenthal (D-Conn.), who was his state’s attorney general at the time, recently told HuffPost.

Democrats were fighting over how big of a package to put forward after the 2008 financial crisis. Many were afraid of giving Republicans ammunition to attack them as profligate spenders, and Summers actually forbade one of his colleagues from so much as presenting Obama with an option that topped $1 trillion.

Since then, a consensus has emerged among economists that the stimulus package, which ended up costing roughly $840 billion, greatly benefited the economy but should have gone much further.

On Monday, Biden met with 10 Republican senators who pushed for a smaller stimulus package that would total $600 billion. It would offer smaller checks to people, provide less unemployment insurance, and give no aid to state and local governments. Biden told Senate Democrats this week that he believed the size of the GOP senators’ counterproposal was too small.

Democratic senators have expressed some unease with wealthier households receiving stimulus checks and have been discussing whether to further limit the number of people who receive payments.

Previously, payments went to all individuals who earned $75,000 or less in the most recent tax year (and all joint filers earning $150,000 or less). The payments shrank by $5 for every $100 of income above those levels, ultimately disappearing for a childless worker who earned more than $103,000.

One option Democrats are discussing is to lower the phaseout threshold to $50,000 for individuals and $100,000 for married couples.

The Biden administration has said it is willing to potentially change the pool of people who would get checks, while keeping the payments at $1,400 per person.