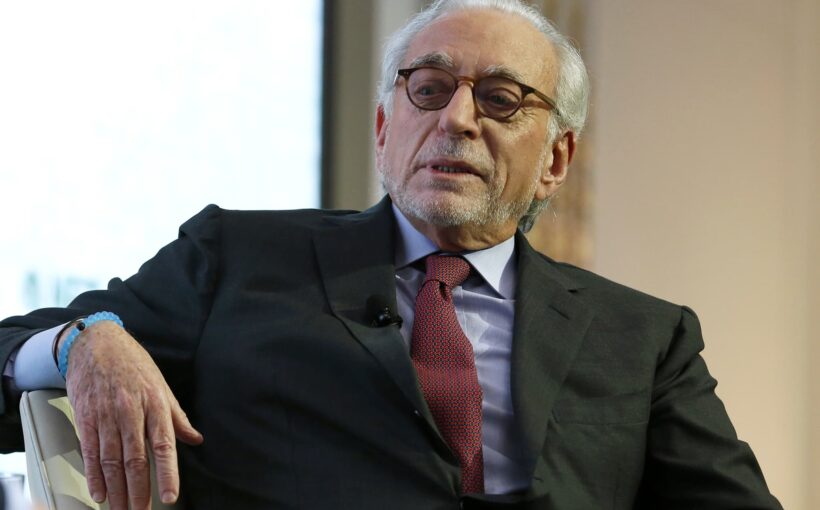 Billionaire investor Nelson Peltz said Wednesday that he talks to Sen. Joe Manchin every week, offering him words of encouragement as the conservative Democrat pushes to shrink the cost of President Joe Biden's sprawling economic plan.

Peltz, in a Wednesday interview on CNBC's Halftime Report, raved about how the West Virginia lawmaker is "keeping our elected officials somewhere in the middle."

Manchin – along with fellow centrist Sen. Kyrsten Sinema, D-Ariz. – has been working to cut programs and costs out of Biden's so-called Build Back Better plan, which would spend hundreds of billions of dollars on social programs and the fight against climate change. The price tag for the plan had initially been set at $3.5 trillion, but it is now pegged at around $1.5 trillion to $1.9 trillion.

Peltz's comments about his relationship with Manchin had gone largely unnoticed. He did not elaborate on the air about what he and Manchin discuss. Representatives for both men either declined to comment or did not return a request for comment.

Peltz was previously a big supporter of President Donald Trump, which led to his Florida home being a venue for one of the former commander in chief's 2020 reelection fundraisers. Tickets for the event went up to over $580,000 per couple and was expected to raise $10 million for Trump's then joint fundraising committee that also helped raise cash for the Republican National Committee.

Peltz said he was "sorry" for voting for Trump in 2020 following the deadly Jan.6 riot on Capitol Hill. Data from the Center for Responsive Politics [CRP] shows that Peltz contributed over $200,000 to the Republican National Committee during the 2020 election cycle.

Peltz has donated to Manchin in the past. He also wrote checks in the last election cycle to the Republican Senate campaigns of David Perdue and Kelly Loeffler, who both lost their seats in a Georgia runoff. Peltz also gave to the campaign of House Minority Whip Rep. Steve Scalise, R-La.

Peltz also contributed to a handful of moderate Democratic lawmakers and candidates, including former CNBC anchor Michelle Caruso-Cabrera, who lost in a primary to progressive Rep. Alexandria Ocasio-Cortez, D-N.Y, and Rep. Josh Gottheimer, D-N.J., who emerged as a key negotiator in talks on Capitol Hill.

With a 50-50 split in the Senate, Manchin and Sinema are pivotal votes for Democrats. Both are targets of corporate influence and lobbying campaigns.

Forbes estimates Peltz's net worth to be at $1.7 billion.

He and Manchin appear largely in agreement on government spending and corporate tax policy.

Manchin has said he is unwilling to raise corporate tax rates from 21% to above 25%, which Democrats have proposed in their economic plans.

Peltz cheered on Trump's ideas for cutting taxes shortly after the New York businessman was elected in 2016.

"If he gets the kind of tax reductions he's talking about, we will wind up having more employment, more companies coming back to the United States," Peltz said on CNBC at the time.

Trump and Republican lawmakers in 2017 did end up cutting corporate taxes from 35% to 21% and curtailing individual rates, particularly for the wealthiest Americans.