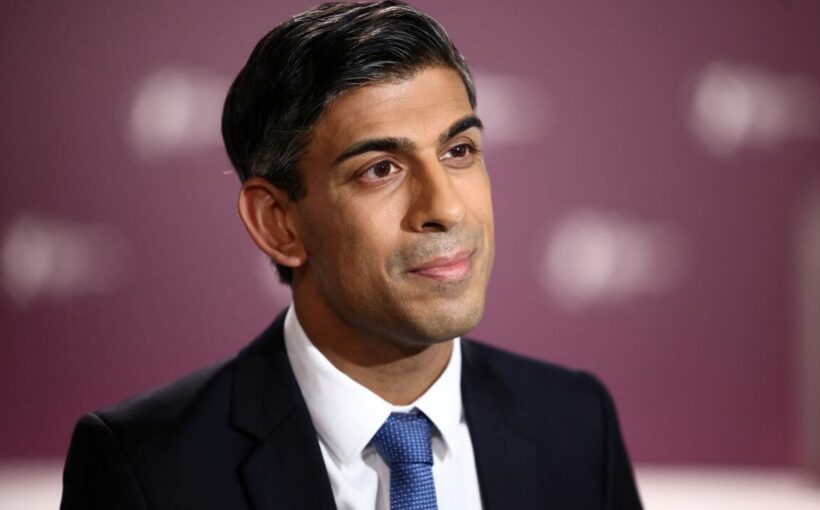 Rishi Sunak is facing “a bleak winter” a polling expert has claimed after Express.co.uk’s tracker poll revealed that his party remains on course for an historic defeat. The Techne UK poll has revealed that Labour’s lead has remained on 17 points for a second week in a row.

But of more concern for the Conservatives on the eve of Christmas holiday poll is that Richard Tice’s Reform UK continue to rise.

Techne UK started asking voters specifically about Reform UK a fortnight ago with the polling putting them on five percent.

But for a second week in a row, they have increased by one percent and this week stand on seven percent. This puts them just one point behind the Lib Dems on eight percent.

Reform UK leader Richard Tice said: “I’m delighted that Reform UK continues to make progress with more pollsters. More people see that only Reform has the bold plans needed to solve the many crises the Tories have caused.”

While it is difficult for Reform UK to win seats in the first past the post system, a seven percent showing would split the centre right vote enough for them to potentially lose dozens of seats.

“If there was any Conservative fight back perceived it has very much stalled and both parties seem to be settling at regular vote share levels – Labour in the mid-40s with Conservatives a couple of points under the key threshold of 30 points.

“If there are any winners at this time it is Reform UK who see their vote share continue to grow – going up from six points to seven points of national vote share.

“The bleak midwinter therefore continues for Rishi Sunak and the Conservatives, and the beginning of the new year will be crucial. Time will tell.”

Unsurprisingly, Reform UK’s biggest success is among disaffected 22016 Leave voters with 14 percent now saying they would back the former Brexit Party founded by Nigel Farage.

Polling expert Professor Matthew Goodwin told Express.co.uk that the Tories are now facing a defeat worse than 1997 which was a historic low point when John Major’s government was thrashed by Tony Blair and Labour.

He said: “We have seen the Conservative vote stuck in the 20s and people are just not coming back to them.”

He added: “I could see Reform UK getting to 10 percent but if Nigel Farage made a comeback, it could be as much as 15 percent or 20 percent.”

The Conservatives remain behind Labour in every age, social and economic category and only are ahead of Sir Keir Starmer’s party among Leave voters.

However, there is enormous disillusionment among voters with more than one in five (21 percent) saying they would not vote.

According to the prediction website Electoral Calculus, if this poll was repeated in a general election Labour would have a majority of 126 while the number of Conservative seats would be more than halved to 172.