Home » Politics » Boris Johnson in brutal rebuke of Macron’s threats to UK ‘THEY are in breach of deal!’ 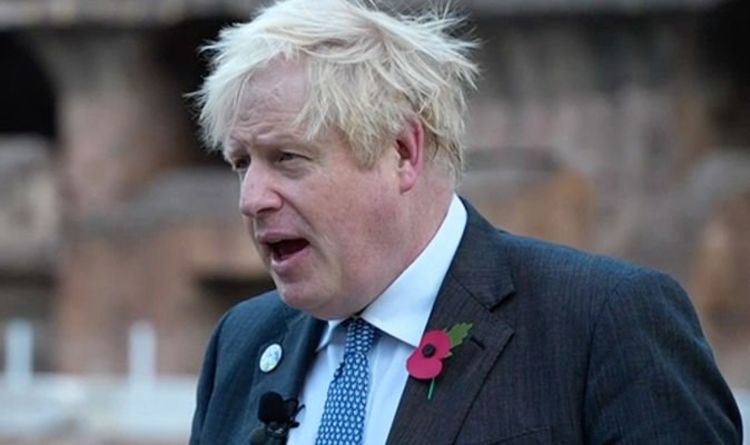 Boris Johnson appeared to be rather dismissive of Emmanuel Macron’s warnings that France is ready to retaliate unless the UK undertakes a U-turn on the number of fishing licences issued to French vessels. Paris and London have been at loggerheads for over a month after French vessels lamented not enough permits had been granted to fish in Brexit Britain’s waters. But speaking ahead of this weekend’s G20 meeting in Rome, the Prime Minister told Laura Kuenssberg France’s demands are “dwarfed” by the challenge of climate change.

“We will obviously work very closely with our friends and partners to get to the bottom of the issues.

“We are a bit worried that France may be about to become in breach or is already in breach of the trade and cooperation agreement that we struck.

“But all those issues are dwarfed by the agenda that Emmanuel Macron and I, and Angela Merkel, and Mario Draghi and all the leaders face today.”

JUST IN: Biden takes swipe at UK special relationship as he backs MACRON amid fishing row

Mr Macron delivered a serious blow to Anglo-French relations ahead of the G20 Summit after he questioned Britain’s “credibility” because of the ongoing row.

France has claimed the UK has so far failed to fully implement the terms of Brexit trade agreement struck last year.

But the UK Government has insisted the licences have been issued to anyone being able to provide British authorities with necessary proof their vessels had a record of working in British waters.

Mr Johnson continued: “We can get on and do the things that matter to both of us and make sure we work together on tackling the big issues that face the world.

“There’s some turbulence. If one of our partners decides to breach the trade and cooperation agreement that we struck, obviously that’s a matter that we’ll have to pursue.

“But I want to do is to get the world to focus on the threat humanity faces.”

Asked if he ruled out the possibility of retaliating against the French, he said: “No, of course not. I don’t rule that out.

“But what I think everybody wants to see is cooperation between the European allies.”