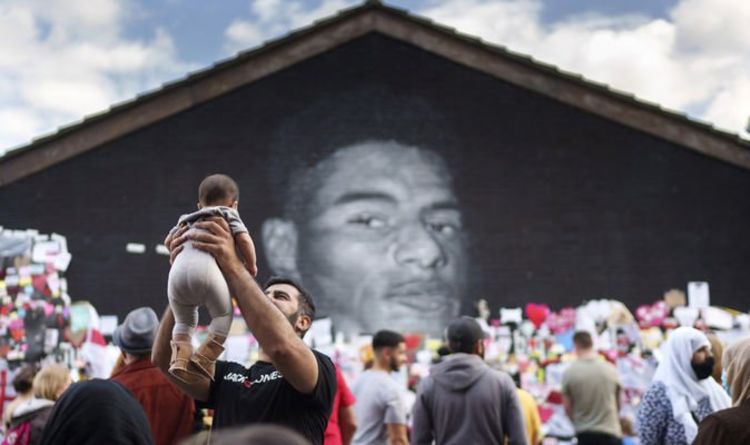 The Prime Minister told Facebook, Instagram, TikTok and Twitter to “up their game” in showdown talks at No 10. Downing Street said the PM used the meeting to insist they do more to prevent racist and abusive content being posted on their sites. It comes in the wake of trolls’ sickening attacks on Marcus Rashford, Jadon Sancho and Bukayo Saka following England’s Euro 2020 Final penalty-shootout heartache against Italy.

The Prime Minister’s official spokesman said: “We expect social media firms to do everything they can to identify these people.

“There is no question this kind of abuse is extremely upsetting, unfair and needs to be stamped out.”

The talks, which also included representatives from Snapchat,

Microsoft and Amazon Kids UK, come ahead of tougher laws being brought into force with the Government’s Online Harms Bill.

Before the meeting, which had been scheduled for some time, Mr Johnson expressed outrage to the Cabinet that the racists who targeted the Three Lions stars had emerged from “the darkest recesses of the internet”.

Ministers are already pressing platforms such as Facebook and Twitter to help in hunting down the trolls responsible so they can “make an example” of them. Twitter says it has deleted more than 1,000 posts following a flurry of abusive messages aimed at black England players.

Facebook, which owns Instagram, described the online attacks as “abhorrent” and said its team was working to remove the comments.

England defender Harry Maguire and Love Island presenter Laura Whitmore are among numerous high-profile figures who have called for ID to be required when opening a social media account.

Sanjay Bhandari, chair of Kick It Out, which campaigns against racism in football, said data from the last two seasons show that around 70 percent of abuse originates overseas. He said: “These are not football fans. They are people who have never been inside an English football ground.”

It comes as research shows that more than seven in 10 Britons want social media platforms to remove all racist posts.

A poll from Ipsos Mori also found that 68 percent of the public support fining platforms that fail to remove such content. Among ethnic minorities, support for this measure fell slightly to 63 percent.

The majority (61 percent) also backed a call for companies to add warnings to posts that may be considered racist, with ethnic minorities’ support at 59 percent. The study found that more than half (55 percent) of these respondents said they had seen or heard posts or messages on social media that were racist.

For black people, this rose to 62 percent and for Asian people this was 51 percent. Among the total population, this figure fell to just 36 percent.

The findings come within an extensive report by Ipsos Mori looking into public perceptions of institutional racism in the UK, set to be released next week.

Kelly Beaver, managing director of public affairs at the pollsters, said: “These findings illustrate that witnessing racist posts on social media is fairly commonplace for ethnic minorities in Britain today.” She added: “However, there is strong support from all sections of the public to tighten the measures to reduce racism on social media platforms – including financial sanctions for those social media companies who don’t act.”

Ipsos Mori interviewed an online sample of 2,600 adults aged between 16 and 75 years old across the UK between May 7 and 13 this year.

The sample comprised a nationally representative sample of 2,200 people and a further number of 400 ethnic minority respondents, giving an overall figure of 2,600 people.