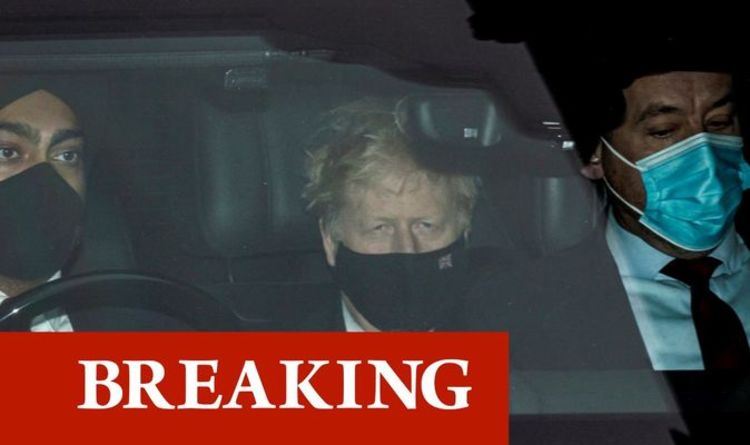 Anushka Asthana, deputy political editor for ITV News, reported just before 9pm tonight that a group of 30 MPs loyal to Mr Johnson met to discuss ways to get other Tories to continue to support the PM.

She said that they are “getting those loyal MPs to try to persuade colleagues to get Johnson through this – arguing that he needs to be able to focus on the other issues on table,” such as the situation in Ukraine and the cost of living crisis.

Ms Asthana said that even the most loyal MPs “believe it will be a massive, uphill challenge to win back support of country and party” if he survives.

She added: “One MP said they felt it would need less a night of the long knives, and more a week of the machete.”

Beth Rigby, political editor for Sky News, said that a very senior loyalist had told her that the situation in Ukraine and the risk of a general election with an “untested” leader was “focusing minds”.

News of the meeting comes amid fresh controversy over social gatherings held in Downing Street while the nation was still in lockdown due to the coronavirus pandemic.

According to ITV News, 30 people attended, sang Happy Birthday and were served cake.

A Downing Street spokesperson said this morning that staff had “gathered briefly” to wish the Prime Minister happy birthday and were there “for less than 10 minutes”.

Ministers contested the number of people who had attended, suggesting it was “closer to 10”.

Also today, Metropolitan Police Commissioner said that the force had launched an investigation into the parties held in Number 10 during the pandemic to understand if there had been any “potential breaches of COVID-19 regulations”.

Boris Johnson told the House of Commons he welcomed the investigation as it would “give the public the clarity it needs”.

A report into the gatherings by civil servant Sue Gray is expected imminently.

Many backbench Tory MPs have been reportedly waiting for the outcome of the inquiry into the gatherings before they submit letters of no confidence in the Prime Minister to the 1922 Committee.

However, the report could prove damning for Mr Johnson.

Dame Cressida said that the Met Police had launched their investigation after the inquiry, led by Ms Gray, had passed information to the force, as well as their own officers’ assessment of the situation.

Revelations about Mr Johnson’s birthday gathering comes after he was forced to apologise to the House of Commons for attending a gathering in the Downing Street garden in May 2020.

He claimed that he thought it was a work gathering at the time.

Downing Street was also forced to make a public apology to Buckingham Palace after it was revealed that a staff leaving drinks had taken place the night before the Queen sat alone at Prince Philip’s funeral.