Home » Politics » Boris on the brink: Labour storm ahead in latest polls after party shock 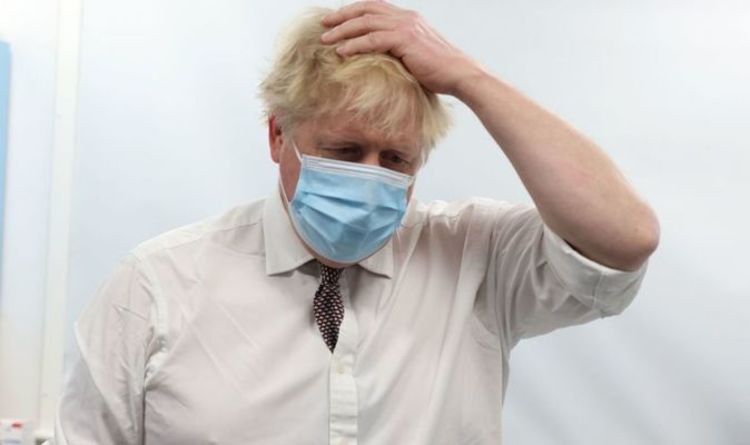 Reports of Covid-rule breaking at Downing Street, allegations of bullying by Tory whips and now an enquiry into Islamophobia by the whip’s office have seen Labour storm ahead in the latest polls. Calls have been growing stronger for the Prime Minister to step down. Does this spell the end for Boris Johnson?

Polls suggest Boris Johnson’s shambolic handling of the partygate scandal has caused voters to turn away from his party.

The latest story in the partygate saga is the PM attended a birthday bash at Number 10 with 30 guests enjoying party food from Marks and Spencers and a Union Jack birthday cake.

The gathering went ahead despite the Covid rules at the time forbidding social gatherings indoors.

Although Downing Street says the PM attended for less than 10 minutes and all those present were working at Number 10, this is just one of a series of rule-breaking events.

The public’s anger at these rule-breaking gatherings has caused Labour to surge ahead in the polls.

The latest polls by Savanta ComRes show voting intentions have swung from right to left.

Of the 2,232 UK adults that were surveyed between January 21 and January 23, 40 percent said they would vote for Labour.

A mere 32 percent said they would vote for the Conservatives.

This equates to an eight-point lead by the Labour Party, which means Boris Johnson has a long way to go if he’s win back the electorate.

The polls also showed the Liberal Democrats would have 11 percent of the vote share, while Greens would have four percent and the SNP five percent.

These latest polls will come as a blow to Mr Johnson, as he’s already under pressure from those within his own party to resign.

Many Conservatives loyalists feel their party is being dragged down by the PM’s actions.

Conservative peer Baroness Sayeeda Warsi told ITV News: “It doesn’t just have an impact in relation to the prime minister or the conservative party or politics right now, it starts to damage our very faith in politics or politicians.”

She continued: “At some point, the prime minister is going to have to take a long hard look at himself and say the office of the Prime Minister is far more important than an individual.

“And for the sake of our country, it is important that we preserve the dignity of the office of the Prime Minister, and it is an office that continues to be listened to in the UK and respected abroad.”

Sir Keir Starmer was equally critical of the PM as he told the BBC: “The Prime Minister has degraded the office of Prime Minister and he has lost all authority, not only in his own party but in the country”.

It’s not just partygate that has caused serious issues for the Tories – allegations that the Conservative party whips have employed blackmailing tactics to keep their MPs in line has also damaged the party’s image.

Even more concerning are claims made by MP Nusrat Ghani that she was sacked as a minister after being told her “Muslimness” was “making colleagues uncomfortable”.

Politics.co.uk reports support for the Tories has now dropped to its lowest level this century.

They say it has fallen to a mark last seen during the unpopular John Major government back in the 1990s.

Boris Johnson is now 3/1 to resign by the end of the month, having been 7/2 yesterday, according to the Betfair Barometer.

Betfair Exchange spokesperson Sam Rosbottom said: “It seems like Boris Johnson will not be able to have his cake and eat it with the British public and several MPs outraged over a birthday party that was held for him in June 2020.

“Subsequently, the Prime Minister is now 3/1 on Betfair Exchange to resign before February as tension surrounding his position grows.

“Punters on Betfair Exchange are also backing Johnson to face a vote of no confidence within the next week at 17/8.