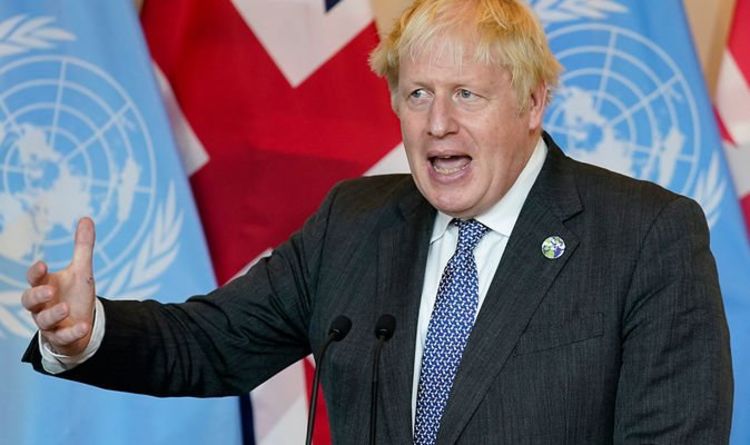 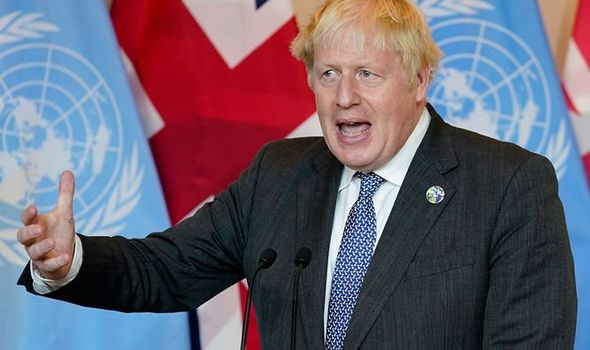 The Prime Minister told them he is growing “increasingly frustrated” that their commitments are “nowhere near enough” – after singling out Brazil, Japan, Russia and Saudi Arabia.  Speaking at the United Nations in New York, he said the gap between what industrialised nations have promised and what they are delivering remains “vast”.

While he urged them to redouble their efforts to hit a financing pledge, he said there is only a “six out of 10” chance of achieving it before the COP26 summit.

But Joe Biden’s climate envoy, John Kerry, raised hopes the target will be met, hinting the US President may announce more money.

In his speech, Mr Johnson said, “we all agree that something must be done”, before laying into various under-performing nations.

“It is the biggest economies that are causing the problem, while the smallest suffer the worst consequences,” he said.

You can hope that if you feed the crocodile enough it will devour you last. Or you can show leadership

“Too many major economies are lagging too far behind.”

He issued a stark warning over what would happen if they do not contribute to the $100billion (£73billion) a year target to help developing nations transform their climate change response and defences.

“When the summit ends, when most of the world has committed to decisive, game-changing action, it will be clear to all which of us has lacked the courage to step up,” he added.

“The world will see, and your people will remember, and history will judge.

Get the latest three-day weather forecast where you live. Find out by adding your postcode or visit InYourArea

“So you can look away, you can do the minimum, you can hope that if you feed the crocodile enough it will devour you last. Or you can show leadership.

“You can make the choices that will make your country stronger and your people richer. You can make the promises we need and follow through with the action that will give them form. And together we can make COP26 the success the world needs it to be.”

COP26 President Alok Sharma said an “ambitious” US announcement would make a “big difference in terms of getting us over the line” on the pledge.