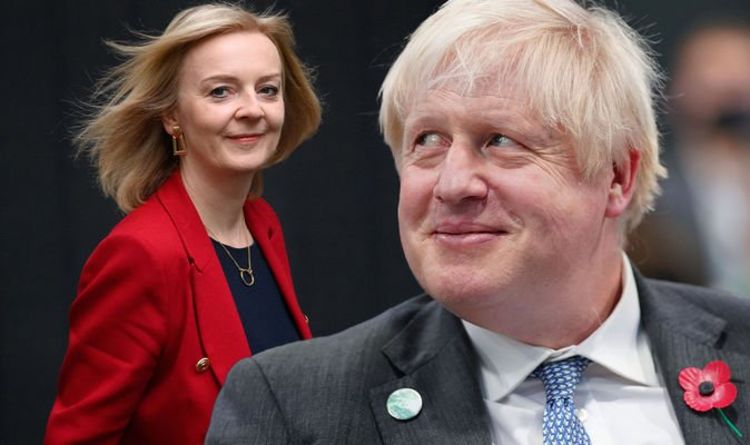 The UK has been free from the bloc since the turn of this year, ending 47 years of membership that forced it to abide by rules set by the European Union. But the split from the EU almost ended in disaster, with nearly a year of tense and often extremely bitter talks on a post-Brexit trade deal threatening to derail the process on several occasions. However, the two sides managed to avoid a potentially disastrous no-deal scenario by agreeing a deal on Christmas Eve last year with just a week to go of the agreed transition period.

Boris Johnson quickly insisted the UK would flourish outside the EU, adding further hope and confidence to a nation that had voted 52 percent to 48 percent in favour of Brexit during the historic referendum of 2016.

Arch-Remainers have tried to pour cold water on Brexit Britain’s prospects, but the raft of trade and investment deals struck by former International Trade Secretary Liz Truss and successor Anne-Marie Trevelyan have not gone unnoticed.

Arlene Foster, who served as Northern Ireland’s First Minister and DUP leader, told Express.co.uk: “Now we have left the EU, we all expect the UK to stand up for its own citizens.

“The signing of the New Zealand trade deal is a major milestone.

“I get a sense people are now starting to look to the UK as a force, not within Europe, but on its own.”

The UK has agreed several multi-billion pound trade deals with countries around the world, paving the way forward for Brexit Britain to develop fruitful and lucrative relationships outside the EU.

The most recent of these was a groundbreaking trade deal with New Zealand announced last month, which following agreements struck with Australia and Japan, helps pave the way for the UK join the Trans-Pacific Partnership (CPTPP), a free trade area of 11 Pacific nations with a GDP of £8.4trillion in 2020.

Trade between Britain and New Zealand was worth £2.2billion in 2020, and the Government is hugely confident this is set to grow under the new deal.

Tariffs as high as 10 percent will be removed on a range of UK goods, from clothing and footwear to buses, ships, bulldozers and excavators.

The Government insisted this will give “British exporters an advantage over international rivals in the New Zealand import market - a market which is expected to grow by around 30 percent by 2030”.

Products from New Zealand widely loved by the British, from Sauvignon Blanc wine to Manuka honey and kiwi fruits, could also be cheaper to buy.

The Government added: “UK workers will benefit from improved business travel arrangements and professionals such as lawyers and architects will be able to work in New Zealand more easily, allowing UK companies to set up shop and bring the best British talent with them.

“Both sides have also committed to a mobility dialogue outside the trade agreement that will consider how people-to-people links can be deepened further.”

Earlier this week, Ms Truss once again paved the way for Britain to the CPTPP, which could add billions of pounds to the country’s economy.

The Foreign Secretary arrived in Thailand as part of her tour of countries outside Europe aimed at finding new economic ties for Britain and met with the country’s Prime Minister and Foreign Minister to discuss potential agreements on trade, defence and education.

Trade between the two countries is worth an estimated £4.7billion, with more than 5,000 UK companies currently exporting goods to Thailand.

Ms Truss said: “We want to step up our relationship with Thailand and take it to the next level in areas including tech, trade and investment.

“We need a deeper relationship that reflects Thailand’s growing economy and positions Britain at the heart of the fastest-growing parts of the world.”