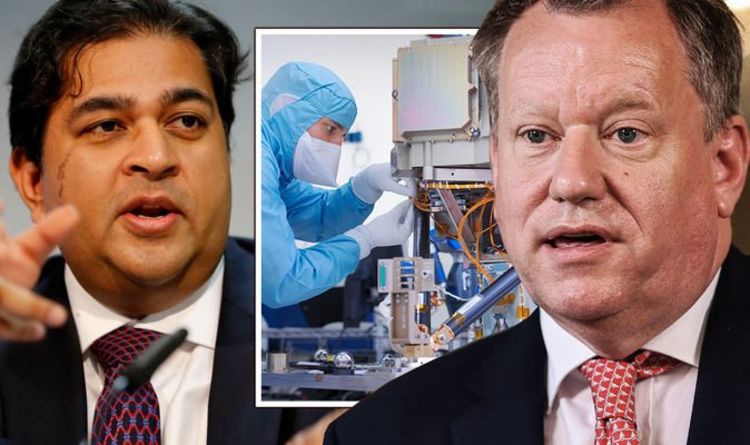 Shanker Singham says UK 'has potential to be tech powerhouse'

Mr Singham, the CEO of Competere, was interviewed by GB News anchorman Tom Harwood during his morning slot about the implications of the Brexit Minister’s radical announcement in the House of Lords yesterday. The man sometimes been referred to as the “brains of Brexit” said: “I think there are certain things you want to do if you want to genuinely be a scientific tech powerhouse which I think, I think the UK has the potential to be.

“There are only a handful of countries in the world that can, can, can have that less aspiration obviously the US is one. But I think the UK is right up there.”

Referring to the bloc’s strict data laws, he explained: “If you look at GDPR, which Lord Frost mentioned yesterday, it is almost impossible to conceive of being a technology superpower, with GDPR-style regulation because what that does is it prioritises privacy over data flow.

“No one is saying that privacy should be thrown out the window, of course privacy is important, but getting the balance right is the critical thing.”

He added: “So the suggestion is that we’re going to move away from that type of approach and move more into a world where we talk to countries about having adequacy rules and mutual recognition and those kinds of things between regimes that are slightly different.

JUST IN: Rejoiner orders Boris to pay France and for EU trade blockade to UK

“There’s a whole range of technology, where we can have better regulation.”

“One is your external trade policy and of course Liz Truss, and before her Liam Fox and now Anne-Marie Trevelyan have done a very good job.

“Where there has been a bit of a gap is on domestic regulatory reform.”

He explained: “We’re not diverging from European regulation just for the sake of divergence

“We’re diverging in order to grow the UK economy, and the name of the game there is to lower the levels of market distortions and market-distorting regulation in the UK.

As Lord Frost said yesterday, much of the regulation in Europe was a “one-size fits all model” which did not make sense for the UK, Mr Singham said.

He added: “Frankly, it doesn’t actually often make sense for the EU either in terms of economic growth.

“So I think what we’re going to see is, can we improve the way we regulate? Lord frost talked about this yesterday.

“Can we have a more scientific way of promulgating regulations? So you actually look at the market impact of them you look at the trade impact of them and you try to regulate in such a way that damages, trade and damages, economic competition as little as possible.