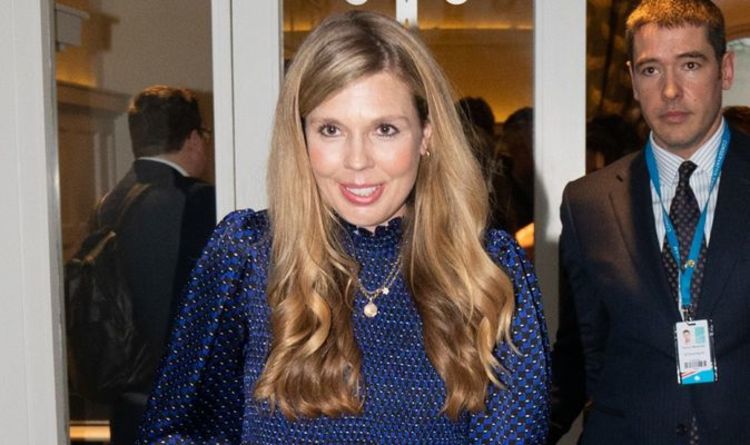 The Prime Minister’s wife was pictured in an embrace with a friend just days after the public was warned that it is “critical” to follow the guidance. At the time, the guidance included keeping a two-metre social distance between people in different households where possible, or one metre when extra precautions were taken, such as being outdoors.

Boris Johnson had warned the public to “keep your distance from anyone you don’t live with”.

The image shows Mrs Johnson with her arm wrapped around her friend, Anna Pinder, at Covent Garden private members club, The Conduit.

The picture, revealed by the Telegraph, was reportedly taken on September 17 2020.

Just eight days earlier, on 9 September, the Prime Minister told the public: “If we are to beat the virus then everyone, at all times, should limit social contact as much as possible and minimise interactions with other households.

“It is safer to meet outdoors and you should keep your distance from anyone you don’t live with, even if they are close friends or family.”

The rule of six also came into force on September 14 2020 in response to a second wave of coronavirus cases, preventing people from gathering in bigger groups other than for education, work, weddings and funerals.

A spokesman for Mrs Johnson said it was a “momentary lapse in judgement”.

They said: “Mrs Johnson was one of a group of six seated outside celebrating a friend’s engagement.

“Mrs Johnson regrets the momentary lapse in judgment in briefly hugging her friend for a photograph.”

The news of Mrs Johnson breaking the guidance comes amid a number of reports about widespread rule-breaking in Downing Street.

Multiple parties were reportedly held at Downing Street, while much of the country was in lockdown.

DON’T MISS:
Kate left with difficult decision to make about her children [REVEAL]
Taxpayers to continue to fork out £2m a year for Andrew’s security [INSIGHT]
Sarah Ferguson could become a PRINCESS if Andrew’s Dukedom is revoked [ANALYSIS]

Most recently, the Mirror revealed that an event called “wine-time Fridays” was scheduled into the electronic calendars of around 50 Downing Street staff between 4pm and 7pm every week during lockdown.

And earlier this week, the Telegraph reported that two separate leaving drinks were held in No10 on April 16 last year, the night before the Queen was forced to sit alone at Prince Philip’s funeral as a result of strict Covid rules.

The week before, it was revealed that Downing Street staff were invited by the Prime Minister’s principal private secretary to a BYOB drinks party in the Number 10 garden – during the height of lockdown in May 2020.

Senior civil servant Sue Gray is currently leading an inquiry into the rule-breaking inside Downing Street and Whitehall over the past 18 months.

However, 54 MPs need to send “no confidence” letters to the Tory 1922 Committee to trigger a leadership challenge.

According to the Sunday Times, around 35 Tory MPs have submitted letters of no confidence so far.