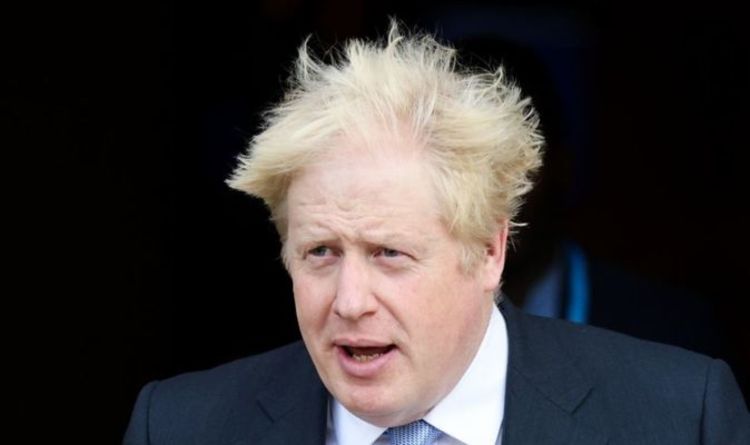 Despite the UK leaving the bloc, EU ships continue to ravage the rich fishing waters around Britain.

“The Government is not doing everything they can do.

“Everything they can do is using the powers in the fisheries Act which restrict licencing and put an immediate ban on supertrawlers and fly-shooters because they can do that.

“They totally have the power to do that now.”

Ms Nicholls, who took part in Greenpeace’s Ocean Witness Campaign, insisted the fishermen who voted for Brexit, had been “sold down the river”.

Ms Nicholls claimed: “They really have been sold down the river.

“And that’s the thing when I’m chatting to them, they are Conservative voters, they are Brexit voters.

“That’s what I just I find it so frustrating because they really believe in democracy.

“And they just feel like the Government is selling them out because they have seen nothing change.”

JUST IN: Brexit LIVE: Not enough! DUP lashes out at EU concessions

Despite Ms Nicholls’ comments, the Government has claimed it now has the power to control its waters post-Brexit.

Westminster introduced the Fisheries Act last year, which was enshrined into law in November 2020.

The act is underpinned by the objective of sustainability and controls who fishes in UK waters through a new foreign vessel licensing regime.

Commenting on the act, Environment Secretary George Eustice said: “This is a huge moment for the UK fishing industry.

“This is the first domestic fisheries legislation in nearly 40 years, and we will now take back control of our waters out to 200 nautical miles or the median line.

“The Fisheries Act makes clear our intention to continue to operate on the world stage as a leading, responsible, independent coastal State.

“We will protect our precious marine environment, whilst ensuring a fairer share of fishing opportunities for UK fishermen.

“By swiftly responding to the latest scientific advice and needs of our fishing industries we will secure a thriving future for our coastal communities.”

The act also gives the UK to enforce new rules to protect marine protected areas (MPAs) around the country.

Despite this, some campaigners have criticised the UK for failing to protect the MPAs as supertrawlers are still found fishing within the waters.