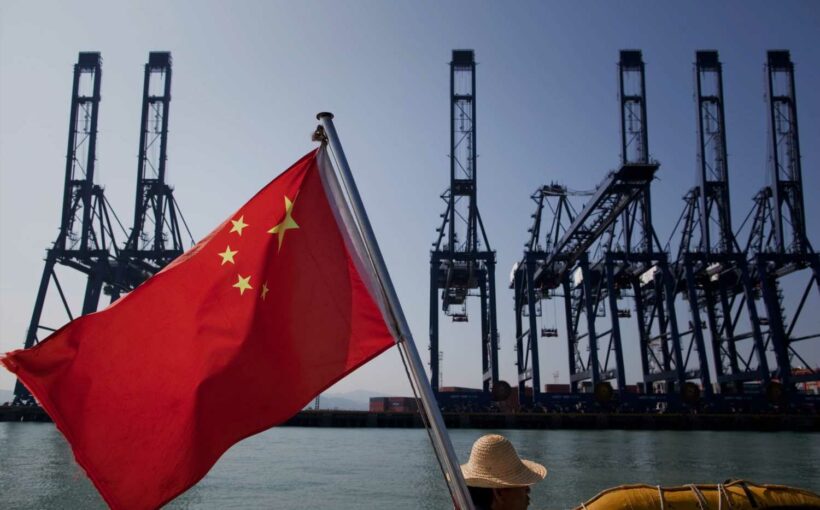 China is diversifying its supply of critical natural resources — a move that will shore up Beijing's ability to weaponize trade against its geopolitical rivals, according to a newly published report by risk consultancy Verisk Maplecroft.

"If China has a soft underbelly, it is its high dependency on foreign natural resources," read the report released on Thursday.

China is a large consumer of major commodities including crude oil and iron ore. But the country relies heavily on imports to meet its domestic demand for those commodities.

One way the country is diversifying its import sources is by buying stakes in overseas companies, said Verisk Maplecroft. Doing that will increase the proportion of Chinese-owned resources in the country's total imports, the report said.

As an example, the consultancy said the number of Chinese-owned base metals and gold companies in Oceania rose from zero in the year 2000 to 59 last year. It represented around 22.6% of total foreign ownership in such companies, the report showed.

"China is seeking to strengthen its control over global supply chains via overseas investments and partnerships with international majors. Beijing has been supporting Chinese SOEs [state-owned enterprises] to 'go global' and establish control of resource bases overseas since the late 1990s," said the report.

In diversifying its import sources, China prefers suppliers from "stable autocratic regimes" to democracies that may involve frequent changes in governments or potential shifts in policy, it added.

"Our data shows China is pivoting towards more autocratic regimes that represent greater stability for its supply lines than democracies that are, or may become, hostile to Beijing. But it is also using its massive market as a source of diplomatic leverage," the consultancy said.

"By securing diversified sources, China will be in a better position to weaponise trade with geopolitical rivals, while at the same time increasing the economic dependence of new and existing partners," it said.

But democratic countries dominate the production of some resources — one of them is iron ore.

Australia shipped a monthly average of 60.86 million tonnes of iron ore to China in 2020, accounting for more than 60% of overall Chinese imports of the commodity, Refinitiv data showed.

That's why China has been strengthening trade ties with other iron ore producers such as Brazil and Guinea, according to the Verisk Maplecroft report.

"Despite a tougher line on Beijing under President Bolsonaro, Brazil remains a priority in China's diversification strategy, while Guinea is politically well disposed to Beijing amid democratic backslide," the report said.

China is by far Australia's largest trading partner in goods and services, accounting for 39.4% of goods exports and 17.6% of services exports between 2019 and 2020, research firm Capital Economics said.

Beijing has shown that it's willing to use trade as a geopolitical lever, according to the Verisk Maplecroft report.

The report cited the example of China banning Australian coal. Relations between the two countries soured after Australia supported a call for an international inquiry into China's handling of the Covid-19 outbreak, which first emerged in the city of Wuhan.

Coal was just one of the Australian exports hit by Chinese retaliatory measures that ranged from tariffs to bans and restrictions.

Such geopolitical tensions could persist as China speeds up its effort to reduce its reliance on "unfriendly" resource suppliers, said Verisk Maplecroft.

"Banning imports of coal from Australia was a prime example but more are likely to follow, with significant impacts on the trade in global commodities and the geopolitical landscape likely," it said.

"Companies and investors are in the direct sights of Beijing's diplomatic moves and will need to prepare accordingly."