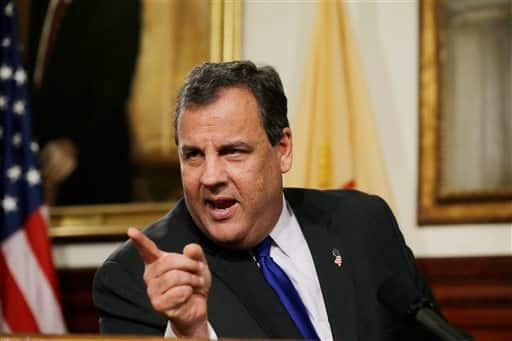 Chris Christie appears to be turning up the volume in his criticism of President Biden.

For the second straight weekend, the former two-term GOP governor of New Jersey and 2016 Republican presidential candidate-turned-political analyst and pundit accused the president of lying.

This past Sunday, in his weekly appearance on ABC’s “This Week,” Christie charged that Biden was “lying” about his nearly $2 trillion infrastructure and jobs package. “You cannot call a $400 billion plan to force unionization in states, to say that taking care of increasing Medicaid payments in states, is infrastructure,” Christie argued.

And Christie, who was a strong supporter but occasional critic of then-President Trump, claimed that if Trump “had come out and called a dog a cat, which is what Joe Biden’s doing, we would be outraged by the fact that he’s lying. But with Joe Biden, somehow it’s like, ‘Oh well, come on, it’s Joe.’”

A week earlier, on his Sunday talk show perch, Christie took aim at Biden over the president’s criticism of the controversial voting measure in Georgia that was passed by GOP state lawmakers and signed into law by Republican Gov. Brian Kemp.

“Here’s what Joe Biden’s got to live with when he wakes up this morning on Easter morning: He is doing exactly what he sat around in the campaign and the transition and accused Donald Trump of doing: He is lying to cause racial divisions in this country,” Christie said on ABC.

“That’s what he accused Donald Trump of doing, and he’s a liar and a hypocrite this morning,” Christie charged, arguing Biden was lying by saying that the Georgia law ends early voting.

Longtime Republican strategist Colin Reed credits Christie with helping to turn around the conversation when it comes to the Georgia law.

“I found the Republican communications strategy as a whole really lacking and no one was able to argue the bill on its merits and Gov. Christie a week ago Sunday was one of the first ones to come along and actually point out all the things that President Biden was saying about the law that were untrue,” said Reed, who served as deputy communications director for the then-New Jersey governor.

Reed argued that the tide began to change a week ago and “Gov. Christie was a big reason for that on his Sunday talk show appearance.”

He credited Christie with being “one of the most effective messengers and communicators in the Republican Party.”

While turning up the volume recently, Christie’s been taking aim a Biden for several weeks.

Last month, in an appearance on the “Brian Kilmeade Show” on Fox News Radio, he accused Biden of “disregarding the law” when it came to the migrant crisis at the nation’s border with Mexico.

In that same interview, Christie said any decision regarding potentially making another White House run – in the 2024 election – wouldn’t come “until after the midterms” in November of next year.

Five years ago the then-New Jersey governor’s presidential run crashed and burned after a disappointing and distant sixth place finish in New Hampshire’s presidential primary, where Christie had placed all his chips. Christie quickly backed Trump, who crushed the rest of the field in New Hampshire, launching him towards the Republican presidential nomination and eventually the White House.

Unlike many other potential GOP presidential contenders, Christie is not afraid to publicly talk about his national aspirations. But neither is Trump, who’s repeatedly flirted with a 2024 run to try and return to the White House.

Reed said that if Trump doesn’t run again in 2024, “there’s going to be room for someone who speaks his mind, speaks clearly, speaks directly like Gov. Christie. I don’t know what’s in his political future but he’s too talented to not have another act.”