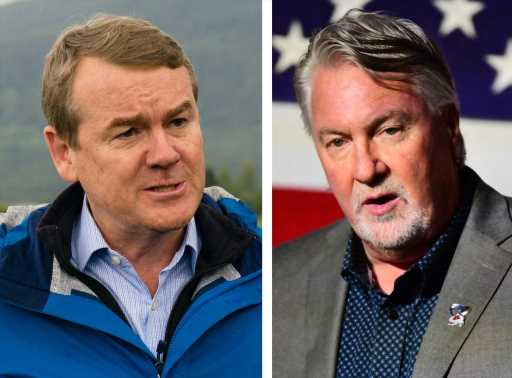 It didn’t take long for U.S. Senate candidate Joe O’Dea to raise the common Republican concern that the Inflation Reduction Act will, among its other priorities, supercharge the IRS to go after the little guy.

Meanwhile, incumbent Sen. Michael Bennet — a key vote in its passage, given Democrats’ one-vote majority in the chamber — has been campaigning on the bill, and specifically its environmental provisions. Supporters tout the $433 billion package as the “single greatest climate rescue initiative in the history of the planet.”

As for the IRS funding it contains? That’s just needed investment in a vital, if unappealing, part of government that’s fallen behind in technology and staffing over the past decade, while also being key to clawing back rising income inequality.

“It’s filling a gap that has existed since 2010,” Bennet said of the IRS portion during an interview at a recent campaign event. And for emphasis, he added, “If readers of your newspaper feel like they’ve been unfairly challenged by the IRS, I want to hear about it because I’m happy to go to bat for them.”

But to O’Dea and others on the right, it represents an unnecessary swelling of the ranks. He and others regularly bring up the claim that it will lead to another 87,000 IRS agents as a rallying cry against growing government, though O’Dea has also acknowledged it’s not a definitive number of agents. Regardless of what the actual growth is, it’s still an increase to an agency dedicated to tax collection.

O’Dea characterizes it as Bennet and Biden “shaking down working Americans” via auditors and tax collectors, and growing bureaucracy when the country should focus on reining in spending — not trying to collect more money from taxpayers.

Fact-checkers with the Associated Press, Reuters and others have taken umbrage at the characterization that “87,000 IRS agents will be coming for you,” as House Minority Leader Kevin McCarthy, a California Republican, put it. Other Republican leaders have repeated similar claims over the past two months.

The Treasury Department had previously proposed hiring about that many over the next decade if it got the money. But it wouldn’t be all new positions and most wouldn’t be auditors. The exact increase in IRS employees hasn’t been determined.

According to Reuters, most of the new hires would be to backfill the 50,000 IRS employees nearing retirement. The Associated Press also reports that the agency’s budgetary losing streak means its roughly 79,000 current employees is close to its staffing level in 1974, even though the number of Americans has increased by more than 100 million people, since then. Bennet said the Inflation Reduction Act merely gets the IRS staffing closer to where it was in 2010, with much of the focus on customer service.

“People can’t get their phone calls returned at the IRS,” Bennet said of the need for staffing. “For every 10 calls that somebody makes to the IRS, one is answered. The technology that the IRS has is software from the 1960s. It’s appropriate that we’re trying to drag the IRS into the 21st century.”

In a letter to IRS Commissioner Charles Rettig, Treasury Secretary Janet Yellen said any new enforcement should only be directed at “high-end noncompliance.”

“Contrary to the misinformation from opponents of this legislation, small business or households earning $400,000 per year or less will not see an increase in the chances that they are audited,” Yellen wrote.

Further, she estimated that the top 1% of the population by income evades up to $160 billion in taxes annually. Targeting those complex cases is “important as a matter of revenue-raising, but it’s also essential as a matter of fairness,” she wrote.

Republicans argue that if there are more audits, an equal chance at that happening is still a net increase in how many lower-income businesses and families face one. Further, a pledge by one Treasury Secretary doesn’t mean a policy is carved in stone, they argue.

O’Dea has rejected the notion of the government needing to collect more money from taxpayers in general, and suggested that lower-income taxpayers will end up footing the bill. Lower-income filers are more likely to be targeted for underreported income, while other opponents to the law argue higher corporate taxes — the new law includes a 15% minimum corporate tax to combat loopholes that allow some to pay no taxes — will simply be passed on to consumers.

His campaign also pointed to a Joint Committee on Taxation report touted by member Sen. Mike Crapo of Idaho. In a news release, Crapo warned the committee’s staff estimated nearly $17 billion more in taxes will be collected in 2023 by filers making less than $200,000 a year.

Politifact also reported that the analysis only covers the tax-side of the law, and not how some may see offset costs from other tax credits or aid in the bill, such as cost controls on medication.

“Whatever is going to get collected is gonna get spent, and that’s the problem,” O’Dea said in September. “We need to quit worrying about collecting more money from working Americans and start talking about not spending the money.”

Bennet has made economic inequality and broadsides against trickledown economics — the critical term for supply-side economics, or the idea that favorable tax rates for the wealthy will boost overall economic prosperity — a common theme in his campaign speeches. He criticized O’Dea for seeming “to be against all government spending except for the government spending that has benefited his businesses.”

O’Dea owns a construction business that has won millions of dollars in government contracts throughout Colorado. He previously said he would have supported the bipartisan infrastructure bill from early in President Joe Biden’s term.