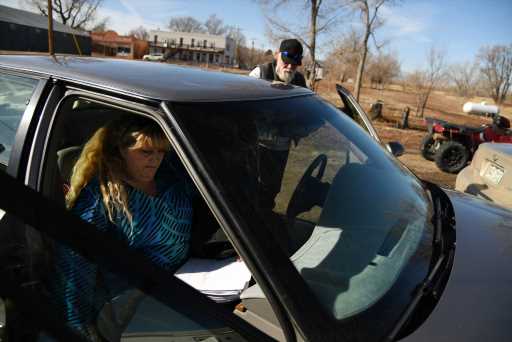 Colorado has two new laws meant to reduce the burden on poor people involved with the criminal-legal system.

One law, HB21-1315, immediately abolishes an array of fees assessed on children in the state juvenile system, and immediately forgives $58 million in outstanding debt. These fees in most cases put the onus on parents and other family members; when the bill was in the legislature this spring, they testified about how the debts upended their lives.

“These fees were a financial burden, not only to the youth. … They were just one more way to oppress our communities of color,” one parent, Julissa Soto of Denver, told lawmakers.

Another law, HB21-1314, prohibits Colorado’s judicial districts from suspending driver’s licenses of people with outstanding debts related to court fines and fees. This law, which takes effect Jan. 1, 2022, promises to keep on the road tens of thousands of Coloradans, according to state data. It does not prevent all driver’s license suspensions like those connected to DUI or other dangerous driving offenses.

Both bills passed with bipartisan support, highlighting the growing interest across state and party lines in limiting a legal system that research consistently shows disproportionately punishes those with less ability to pay. Wyoming, Montana, Mississippi and Arkansas are among the 15 states that have already banned debt-based driver’s license suspensions, and nine mostly liberal states have reduced or eliminated juvenile fines and fees.

Both were signed in Denver by Gov. Jared Polis, who said the juvenile fees “really aren’t reasonable” and also that it’s important that people in Colorado be able to drive to work and move about freely.

The policies abolished by the new laws were also largely ineffective. For example, Coloradans with suspended licenses still drive in many cases, the State Patrol has said. And state data showed that the vast majority of juvenile fee collection in Colorado went back to further fee collection instead of benefitting people or programs.