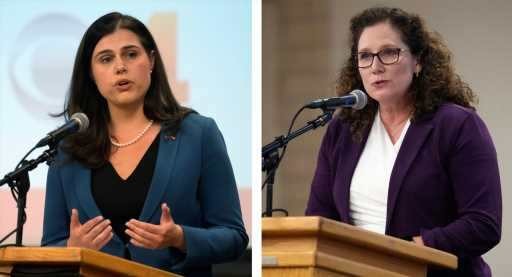 The race was heated at times leading up to Election Day, with Griswold denouncing Anderson for campaigning with election deniers and Anderson calling the current secretary of state polarizing and unfit to perform the duties of the office, but it was significantly tamer than it was before the primaries. Indicted Mesa County Clerk and Recorder Tina Peters, an election denier, was seeking the GOP nomination for the seat, but voters decidedly rejected Peters in the June election.

Unlike Peters, Anderson has said she believes Joe Biden won the 2020 presidential election and does not subscribe to election conspiracy theories. But that was not enough for Griswold, who said the “Big Lie” is fueling the dangerous situations elections officials have found themselves in since 2020.

Meanwhile, Anderson has criticized Griswold for her “hyper partisanship” of the office and using the investigations into Peters — which Anderson said she supported — as campaign fodder for her re-election. She also accused Griswold of not taking accountability for mistakenly sending out 30,000 postcards to noncitizens reminding people to register to vote. This type of data error occurred for the second time under Griswold’s tenure (although the postcards noted that only citizens can register to vote).

Both candidates say Colorado’s election systems are safe and secure, and that voters can trust the results. Griswold said her top issue is protecting election infrastructure and increasing access for Coloradans to vote. Anderson said her first priority will be to restore confidence in elections and lead the office professionally before starting to make other improvements.