Home » Conservatives Only Have Themselves to Blame for Trump's Facebook Ban 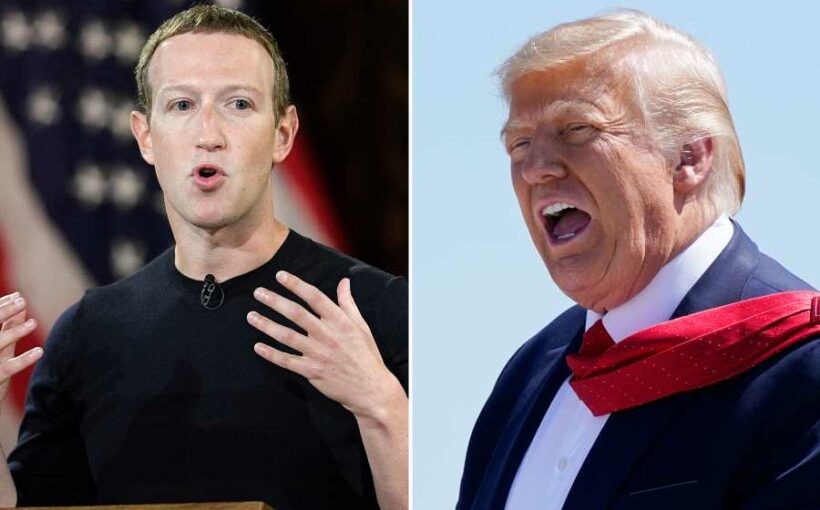 Since the dawn of capitalism, liberals have been complaining that private companies have too much power, and that they use to harm individuals who are hapless to fight back against concentrated money. In response, conservatives have reaped the benefits of corporate donations, leaning into absurd mantras like “corporations are people,” and used culture-war issues to attract voters to a platform that really just cares about tax cuts for businesses and the wealthy people who run them.

So it’s just a little bit ironic to hear conservatives complaining about Donald Trump’s various social media bans, including the ban from Facebook, which was back in the news today when the site’s Oversight Board upheld it. After all, if it hadn’t been for decades of kowtowing to corporate power and pushing policies that rescind virtually all corporate regulation, conservatives might have some recourse against Facebook de-platforming their orange hero. But they don’t. And they have only themselves to blame.

As surely everyone knows, after the January 6th insurrection at the Capitol, almost all social media platforms removed Donald Trump from their services. The two most prominent — Twitter and Facebook — took different approaches. Twitter banned Trump and then followed that up by a statement that the ban was permanent, case closed. Facebook, on the other hand, banned Trump and then referred the ban to its Oversight Board. The Oversight Board is a group created by Facebook that is supposed to be an independent, third-party to review the site’s moderation decisions (even though it’s funded by Facebook).

Earlier today, the Oversight Board announced its decision about Trump. The Board upheld the initial ban but also ruled that Facebook has six months to determine how long the ban will last, including if it will be permanent. Trump may ultimately return to Facebook, but for at least the next several months, he remains banned.

Of course, conservatives are furious about the decision. Trump’s former chief of staff Mark Meadows said this was “a sad day for America.” Pundit Ben Shapiro called the decision “absurd,” and Trump’s longtime adviser Corey Lewandowski bemoaned “two different sets of rules. One if you’re a conservative or a Republican or have a different ideology than them and one if you’re a liberal.”

Given Republican history with corporate power, these responses ring completely hollow. In fact, it was because of Republican Supreme Court Justices that Trump is in the position he’s in now — having no resource whatsoever to sue Facebook over its limitation on his speech.

To understand this, we have to go back to the late 1960s and early 1970s. At the time, the Supreme Court was transitioning from the very liberal court of the Fifties and Sixties to the more conservative court of the Seventies and Eighties (that has become even more conservative now). In 1968, when the Court was still liberal, it ruled that a private shopping mall was like a town square and that the private company that owned the mall must let peaceful union members picket on the private property. Prohibiting them from doing so, the Court ruled, would violate the picketers’ First Amendment rights.

Fast-forward eight years, and the same issue came before the Court again. This time, however, President Nixon had appointed four Republicans to the Supreme Court. This newly Republican Supreme Court did an about-face on this issue, ruling this time that the private mall is not the same as a town hall. Instead, the mall is a private company that is not bound by the First Amendment because the Constitution only applies to the government. Put differently, the liberal 1968 ruling that the protesters had free speech rights that must be respected by the mall was turned on its head because now, thanks to the conservative Justices, the private mall is the one that had the constitutional right to determine what speech it wanted to allow on its property. This ruling, applauded by conservatives, remains standard fare in First Amendment doctrine to this day.

And it’s this decision that explains why the Facebook Oversight Board’s decision can’t be appealed. Facebook, like mall owners, may have a platform that is used like a town hall, but it is still a private entity, not subject to any constitutional constraints. That it is a massive company that has a virtual monopoly on people’s online connectivity is irrelevant. It is private and can do what it wants with its private property, just as conservatives usually like it to be.

In theory, Congress might be able to take some action in response. Justice Clarence Thomas, echoing conservative pundit talking points on the issue, wrote a separate opinion arguing just this point earlier this year. In that case, in which the Court turned down Trump’s appeal from a decision that said he couldn’t ban followers from his Twitter account, Thomas complained that Facebook and Twitter have too much power and urged Congress to regulate them. Doing so, though, would face high hurdles. First, it would require Democrats and Republicans to agree on how to do so, something that seems impossible these days. Second, any government regulation of a social media platform would run into serious free speech issues because that regulation would be much closer to the heart of what the First Amendment is concerned about: government restriction of speech, here the private social media company’s speech.

None of this is to say that Republicans don’t have a smidgeon of point here. Liberals would surely welcome conservatives in the long-standing liberal project to rein in corporate power. However, it’s almost impossible to take conservatives seriously here when they have fought all of American history for corporate power. Mitch McConnell made this entirely clear when he told corporations to shut up about politics but to keep giving Republican money.

In other words, it’s hard to have any sympathy for conservative cries of outrage today when the only time conservatives care about corporate power is when it harms the issues they care about — or their current malevolent overlord, Donald Trump.