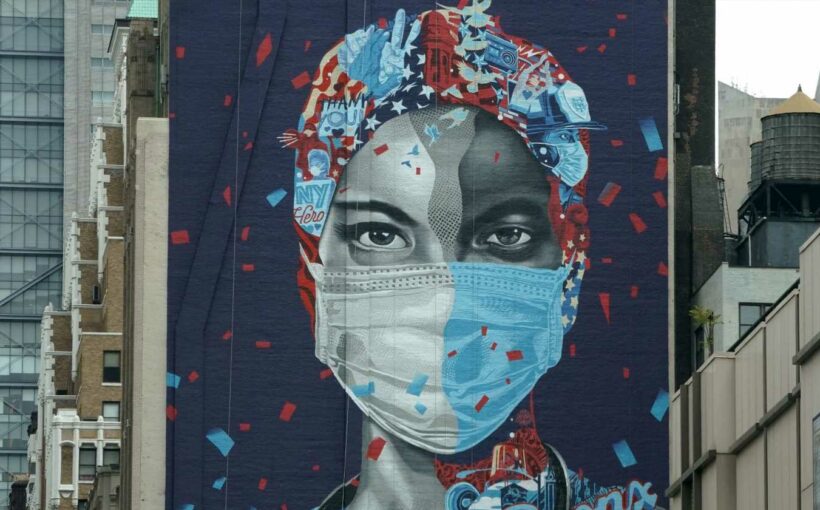 As COVID-19 recedes in the United States, the medical community is taking stock of its impact – not only on the population at large but on our own profession. Over the past year, the pandemic has intensified a worrying trend: America is facing a shortage of physicians – and that shortage will likely get worse.

The United States was heading for a physician shortfall long before the pandemic. The AAMC (Association of American Medical Colleges) has been tracking this trend for many years now, and the warning signs have been clear: We have consistently found that demand for physicians outpaces supply. Our latest report – which we are releasing Friday – suggests the problem will likely get worse.

Our analysis, conducted by an independent, outside firm, looks not only at the work of physicians, but also of physician assistants and nurse practitioners. We project a shortage of as many as 48,000 primary care physicians by 2034. We also expect a shortage of up to 77,100 specialty physicians – such as oncologists and cardiologists – over the same time frame.

We’re already seeing evidence of these shortages in certain specialties and parts of the country. Right now there aren’t enough psychiatrists or primary care physicians, and there are shortages in rural communities and some urban areas as well.

There are a range of reasons for the current and projected shortfall. First and foremost, the U.S. population is growing; at the same time, it is aging. By 2034, the population of Americans older than 65 is expected to increase by more than 42%.

That will heighten the demand for physician care, particularly in specialties that focus on older people, including surgeons, geriatricians, oncologists and others.

The physician workforce, too, is getting older. Our generation is rapidly approaching traditional retirement age. In the next decade, 2 of 5 practicing physicians will be older than 65. So just as the demand for physicians begins to soar, many of us will be hanging up our white coats for good.

A mural in New York City in 2020. (Photo: Timothy A. Clary/AFP via Getty Images)

Making matters worse, COVID might cause doctors to accelerate their retirement or cut back their hours. Even before the pandemic, the growing pressures on health care professionals led 42% of practicing physicians to experience symptoms of burnout at least once a week. They were already at high risk of depression, substance abuse and other mental health conditions.

Then COVID-19, of course, generated stress that was profound and troubling. The suicide of Dr. Lorna Breen, a respected emergency physician in New York, was a devastating example of the toll this pandemic has taken. Without intervention, many physicians will likely leave the profession.

And when they do, not all patients will bear the burden equally. COVID-19 has drawn national attention to the massive inequities in our health care system. For marginalized minority populations, rural communities and uninsured people, accessing medical care is already a terrible challenge. Those underserved groups would undoubtedly be hit hardest by a physician shortage.

In fact, if those groups were getting the level of care that many of their fellow Americans do, the country would already be facing an even more significant physician shortage. Our estimates show that if underserved communities were able to use the health care system as others do – if we removed all the hurdles that prevent people from getting to the doctor – we would need up to 180,400 more physicians to meet the demand today.

From a movie prop master in Texas to a doctor in Oklahoma, people across the country have found themselves swept into the misinformation maelstrom, their online posts hijacked by anti-vaccine activists and others peddling lies about the outbreak. (May 14)

That’s a staggering number – and it underscores the need to act swiftly. Building back our nation’s corps of physicians will require a long-term investment in our health care infrastructure. That’s an investment we should make right now.

Medical schools have already made significant progress toward closing that gap. There are nearly 35% more first-year medical students than there were in 2002. New schools have opened, and first-year class sizes have grown.

Even so, more medical students does not automatically equal more physicians. At least one year of graduate medical education or residency training is required for licensure; in many specialties it is significantly more. When we started in medicine, we each had to complete five years of graduate education after medical school to be eligible for board certification in our specialties of cardiology and nephrology, respectively.

Yet while the number of medical school seats has increased, the number of residency training slots has not risen enough to address the projected shortages. The nation’s teaching hospitals have added training positions, but the potential bottleneck in our medical education system won’t be fully resolved – and the physician shortage addressed – until Congress acts.

Last year, Congress took an important step to increase the number of residency training positions supported by the federal government. Now Congress is considering the Resident Physician Shortage Reduction Act, which would help produce about 3,500 new physicians a year – meaningfully expanding our country’s capacity to train new physicians for independent practice. Another bill would further increase that capacity, putting special focus on much-needed graduate positions in specialties related to addiction. Longer term, a multipronged solution – including changes in how health care is delivered – is needed, but we need to act now; it takes at least a decade to educate and train a physician. There is no time to waste.

We must also make the physician workforce more diverse.The percentage of Black men in medical school, for example, is unacceptably low and has barely budged over the past four decades. Hispanic and Native American students are also underrepresented in medical school classes. Diversity is a medical imperative: It helps reduce bias and ease health care disparities. Diversity makes our profession stronger. Right now, we have an opportunity to make sure that the next generation of physicians reflects the communities they serve.

After COVID: 3 things that states can do now to fix health care

Recently, in testimony before a Senate committee, we shared more details about the physician shortage facing underserved populations. The very fact of this hearing is encouraging. It reflects lawmakers’ increasing awareness of this set of urgent problems.

The past year offered a glimpse into what it looks like when our health care system is stretched to its limits. There is so much more we can do to make medical care accessible to everyone in need. Training enough physicians is an essential first step and one we must take immediately.

Dr. David J. Skorton is CEO and Dr. Janis M. Orlowski is chief health care officer of the Association of American Medical Colleges. Follow them on Twitter: @DavidJSkorton and @JanisOrlowskiMD

You can read diverse opinions from our Board of Contributors and other writers on the Opinion front page, on Twitter @usatodayopinion and in our daily Opinion newsletter. To respond to a column, submit a comment to [email protected]