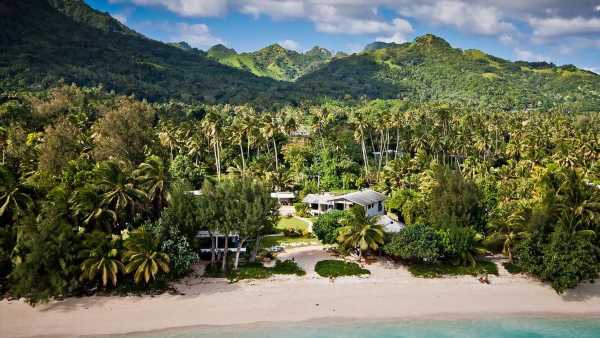 Cook Islands Prime Minister Mark Brown is providing an update at 3.30pm on the quarantine-free travel bubble with New Zealand, amid speculation it will begin in a fortnight.

Brown is scheduled to speak via live video on his Facebook page, following the Herald reporting speculation that the bubble will start on Saturday, May 15 in the Cook Islands, which is Sunday, May 16 (NZT).

Prime Minister Jacinda Ardern confirmed this morning that Cabinet will discuss a travel bubble with the Cook Islands and a starting date will likely be announced this afternoon.

A start date would be good news for both countries, but particularly the Cook Islands because Kiwis traditionally make up a significant portion of the tourism business there.

“We wanted to make sure when we do it, we got it right,” Ardern told Newshub this morning.

“We didn’t want to run the risk of exporting (Covid-19) to the Cook Islands, which has been Covid-free.”

Cook Islands media have also reported that today’s announcement would reveal a two-way travel bubble opening up around May 15.

Passengers from the Cook Islands have been able to travel to New Zealand quarantine-free since the end of January but the Government has been concerned about the risk of travellers taking Covid there.

The measles epidemic in Samoa in 2019 and the number of escalating daily Covid-19 cases in Papua New Guinea this year underlined the risk of exporting the virus to the Cook Islands.

When Brown and Arden met in Auckland at the end of May, there was still caution over the lack of health infrastructure there.

The key boxes to be ticked included contact-tracing capability and the regular testing of border workers in the Cook Islands.

A PCR testing lab to trace and test air passengers arriving on Rarotonga has been another condition of the bubble.

Concerns over health infrastructure can also be mitigated by a vaccination rollout to the Cook Islands, which New Zealand would run.

Ardern has previously said New Zealand had secured enough vaccines for all of New Zealand as well as the Cook Islands, Samoa, Tonga and Tuvalu.

Air New Zealand has flights to Rarotonga available from next Monday, May 10, with one of the cheapest return fares being $613.