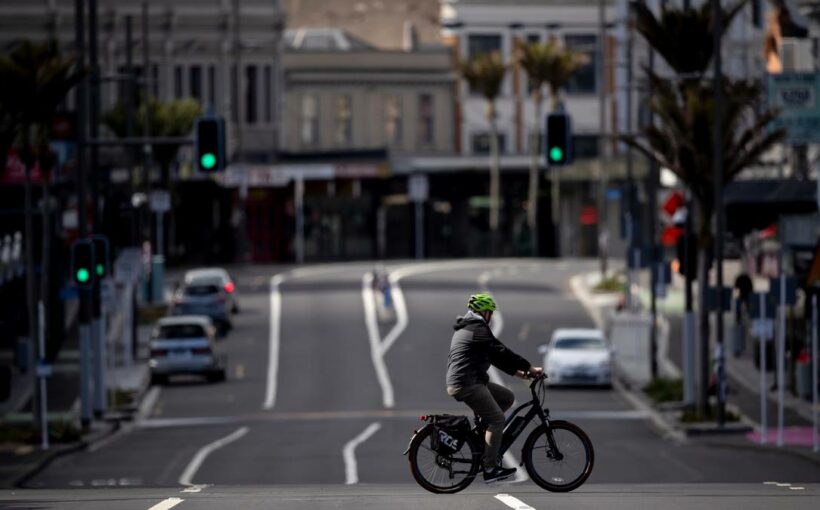 Auckland wakes this morning as the only region in the country under alert level 4 restriction – with one expert saying that could remain the case for several weeks to come.

After negative wastewater testing in Northland, the Government shifted the region to alert level 3 at midnight last night.

Those restrictions could be in place for some time, with experts expressing disappointment that with 49 new cases recorded yesterday, the number of new daily cases is not falling fast enough for Auckland to move down alert levels.

Although there are signs of optimism – case numbers continue to show a downward trend – there are fears the virus in Auckland will have a long tail, necessitating longer in higher alert levels.

If lockdown is further extended a week beyond that time, it will be the longest any part of the country has spent at alert level 4.

Professor Shaun Hendy, a Covid-19 modeller at the University of Auckland, said the “downward trend is starting to become much clearer, which is great and means we are on track to eliminate this outbreak”.

However he warned that cases were still high.

“We’d like to see it come down faster though, so we can relax alert level 4 as soon as possible,” Hendy said.

“Given that we are seeing some spread in workplaces, this may require employers to take another look at their practices, including making sure masks are being used and that any indoor workspaces are well ventilated,” he said.

Hendy said although moving out of level 4 in two weeks was possible, he believed Aucklanders are looking more at “three to four weeks”.

“Two weeks is probably looking a bit tight, but it’s not impossible at this stage.

“It’s possible we could see a shift out of level four in two weeks time, more likely something like three to four weeks.”

Wigram Capital Advisors’ Rodney Jones, who has also provided Covid modelling advice to the Government said the next few days would be crucial.

“The next few days will reveal quite a lot – we’re in a crunch period,” Jones said.

“We need to see how it tracks from here to Tuesday, which is the three-week mark,” he said.

Jones said that for Auckland to exit level 4 on September 13 “a lot needs to go right in the next few days”.

He called on the Government to release more information about new clusters, so people good get a better handle on the size of new, emerging clusters – if there were any.

Prime Minister Jacinda Ardern struck an optimistic note at her 1pm media briefing yesterday noting that of the 49 new cases, just seven had been infectious in the community.

Ardern said the number of people infectious in the community had been “falling since lockdown”, showing the restrictions were working.

“Overall, the number of cases without exposure events with contacts already in isolation as contacts of existing cases has been increasing.

“This means our contact tracing is making a difference – its identifying contacts, getting them isolated and stopping the spread of the virus to others,” Ardern said.

However she warned Auckland would likely see further cases of inter-household transmission.

Director general of health Ashley Bloomfield had other good news, saying there was a 95 per cent probability the R value – which rates the virus’ ability to spread – was below one, indicating that the outbreak not growing out of control, but slowly shrinking.

The Government’s handling of the MIQ system came under intense scrutiny in Parliament on Wednesday, which heard that a Covid positive man had escaped a quarantine facility, potentially spending 14 hours in the community before he was arrested.

National’s Covid-19 spokesman Chris Bishop called for an investigation into why it took so long for the man to be apprehended and for ministers to be notified.

“We need an urgent investigation into what has happened here and what can be done to make sure it doesn’t happen again.

Covid-19 Minister Chris Hipkins said “preliminary information” was provided to Ardern before the 1pm briefing, but she chose not to disclose what she knew about the case.

Bishop and National leader Judith Collins launched a policy yesterday that they argue would improve the MIQ system.

They said MIQ should move to a “points based” system, a bit like the urrent immigration system, which meant that people with the greatest need to return would have a higher chance of getting one of the limited number of MIQ places.

“Everyone is treated the same, and while that has superficial appeal it ultimately leads to unfair outcomes for many people.

“We believe people coming home to farewell dying family members or for urgent medical treatment should not be treated the same as people coming to New Zealand for a holiday,” Collins said.

Act leader David Seymour was also selling potential fixes to MIQs – his idea is to allow private providers to operate their own MIQ facilities, alleviating the chronic undersupply of rooms.

“We need private licensed MIQ to expand capacity – with higher standards than the Government has,” Seymour said.