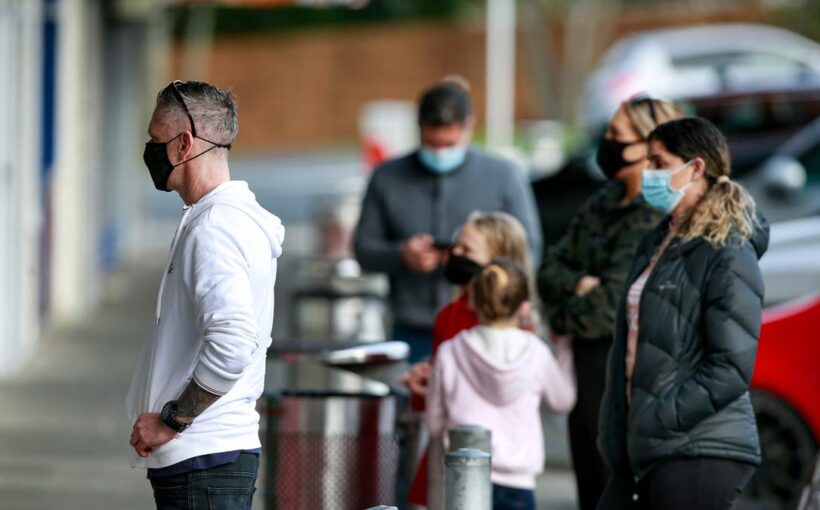 Aucklanders will head into the weekend with a sliver of hope that the latest Covid-19 outbreak might be slowly coming under control.

But cautious optimism around falling case numbers was tempered with a warning that this outbreak could have a long tail, with positive cases continuing to pop up in Auckland for weeks.

Meanwhile, Robertson said the person who had escaped from MIQ overnight on Wednesday presented “no risk to public safety”.

He said the incident would be investigated thoroughly, and described it as “regrettable”.

Robertson rejected criticism Prime Minister Jacinda Ardern should have informed the public about the absconder at her 1pm briefing on Thursday.

He said police were involved in an “evolving situation” on Thursday during the 1pm briefing.

“We did not have any advice that there was a risk to public safety,” Robertson said.

“We’ve seen the clear downward trend this week that we were looking for so we can be reasonably confident now that alert level 4 is doing its job against Delta,” Hendy said.

He said a “September exit [from level 4] is certainly looking more possible, but the risk still remains of a long tail as we experienced last year in the 2020 August outbreak”.

Fellow modeller Rodney Jones, of Wigram Capital Advisors, said the lower case numbers yesterday had not led him to change his thinking on the likelihood of leaving lockdown, which he thinks will come down to what we see in the next few days.

“It is the path from here that matters,” Jones said.

Other data released yesterday showed control of the outbreak to be improving.

The number of mystery cases – where a link cannot be found to the current cluster – halved on Friday, from 65 the day before to just 31.

The news that 65 per cent of cases were in isolation throughout their infectious period is positive, but that still leaves a significant number of cases that had at least some exposure to the community.

Some 35 per cent of Friday’s cases had exposure events where they might have passed the virus on to others.

Robertson launched another round of business support on Friday, reopening a second round of wage subsidy for businesses affected by the extension of level 4 and level 3 lockdowns throughout the country.

The Government’s resurgence support payment has previously been restricted to businesses that had been in operation for a six months – this has now been shortened to just 1 month, enabling newer businesses to receive the payments.

Of the remaining 75 per cent, half would be paid by the Government and 25 per cent would come in the form of a discount from the landlord. The landlord would need to agree to the discount for small businesses to access the scheme.