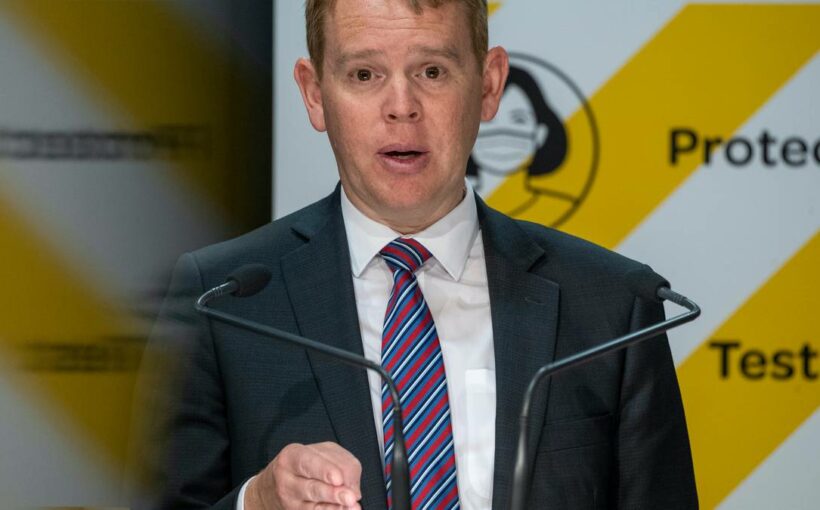 Covid-19 is spreading in Auckland and there are more locations in which the virus is being detected, Chris Hipkins said.

The Covid Response Minister made the comments when responding to questions from Herald deputy political editor Derek Cheng, who pointed out there are were 75 unlinked cases in Auckland.

This was close to five times the number seen a week ago, when Auckland loosened
restrictions, allowing people socially-distanced catch ups with family and friends outdoors.

Asked if Covid had gone beyond the suburbs of interest and beyond the reach of public health teams, Hipkins said: “It would be fair to say Covid-19 is spreading in Auckland and the number of locations we’re seeing cases pop up is increasing … vaccination is absolutely important at this point.

“We’re seeing good, high vaccination rates in Auckland but I can’t stress enough we want to push harder and faster with vaccination in Auckland, it will make a difference. It will be a very important part of the pathway to less restrictions for Auckland.”

Director general of Health Ashley Bloomfield said Hipkins had described the “shift we are seeing here”.

Earlier the pair revealed that there are 55 new Covid cases and Northland and Waikato will remain in alert level 3 for another five days.

They also shared that police are looking for a Covid-positive person who hasn’t been able to be located by the Auckland public health team.

Hipkins said Waikato had recorded great vaccination levels in recent times. He also extended a thanks to Northlanders who had been tested and vaccinated.

He said there still wasn’t confidence in the Covid situation in Northland, due to the reluctance of the travellers from sharing information.

Hipkins said it was difficult to know how responsible they were in their travels because there was limited information on their travel.

He said they were providing “very little information” about where they’d been.
He said the best thing for Northlanders to do was to get tested, even if they had very mild symptoms.

On the Waikato staying in level 3, Hipkins said the two unlinked cases were a key factor in keeping the area in the higher alert level.

“We don’t have yet a full understanding of who might be involved in the chain of transmission there.”

The two new Waikato community cases are members of the same household in Hamilton, and they are being transferred today to a local quarantine facility.

Two workplace exposure events have been identified but Hamilton residents are encouraged to check the Ministry of Health’s website for any updates on locations of interest.
Hipkins denied the Government was dragging its heels on tightening the Auckland boundary.

He said the reality was that goods and services needed to move through the boundary and it wasn’t feasible to shut it off entirely.

Bloomfield said a review was underway of how people’s testing history is checked, and there was work being done on whether proof of vaccination is necessary for people travelling over the boundary.

Fifty-three of today’s new cases in Auckland and two in Waikato, says Bloomfield.
A teacher in an early learning centre has tested positive in Auckland. There are 11 close contacts, some of which are children.

On the ECE exposure event, Hipkins said the risk of opening up that sector was the same for any sector which had been opened up under alert level 3. He said protocols were put in place to try and keep people safe.

He said the only way to completely rule out risk was to keep people home forever.
Twenty-nine of today’s 55 cases can be epidemiologically linked to the outbreak and 10 of yesterday’s cases are still unlinked. Two cases in Waikato haven’t been linked to the current outbreak, he said.

There are 32 people in hospital with Covid, and six are in ICU.
Following a previously reported exposure event at the Dialysis Unit adjacent to North Shore Hospital, a total of two patients and two staff members have now tested positive for Covid-19. Staff were undergoing rapid antigen testing before their shift.

All of the staff in the unit are considered close contacts and have been stood down as a precaution.

On the second Northland traveller, there was another interview with her yesterday but no further locations of interest were revealed.

Bloomfield encouraged Northlanders to seek out a test at the varying sites across the region.
A new Covid-19 case was revealed last night, a truck driver who travelled from Auckland to Northland and back, though Hipkins has already said this won’t necessarily mean level 3 in Northland will be extended.

Vaccinating truck drivers and other essential workers had been a priority for some time, he said.

Bloomfield said in the absence of a mandatory requirement, there was strong encouragement to get the jab.

Hipkins said the driver was in the region between 3am and midday and many of the businesses they visited were closed. It wasn’t a big factor in the alert level decision for Northland, he said.

The weaknesses at the boundary have come under intense scrutiny as case numbers in Auckland continue to rise, and the virus continues to escape the city.

It has already been carried to Palmerston North, Waikato, and at least twice to Northland.
The rise in cases in Auckland also have public health experts pushing for a “circuit-breaker” return to level 4 for Auckland, though the Government has said that the likelihood of public compliance is a factor in making this unlikely.