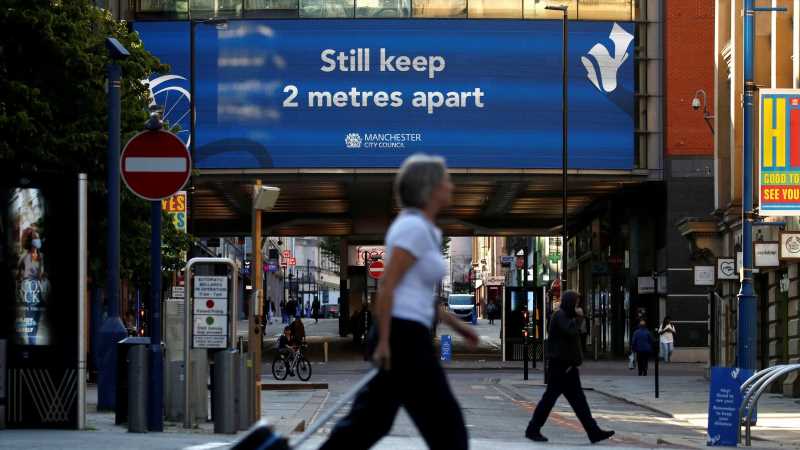 It is important that gains made in reducing coronavirus infection rates are not thrown away, a minister has said, as uncertainty continues to surround the government’s 21 June reopening date.

Communities Secretary Robert Jenrick said “it is important that we don’t throw away the gains we have made”, but that he would “love” for the relaxation of restrictions to go ahead as planned in less than two weeks.

His comments came as Andrew Lloyd Webber said he will open his theatres on 21 June and is prepared to be arrested if authorities try to intervene.

Live COVID updates from the UK and around the world 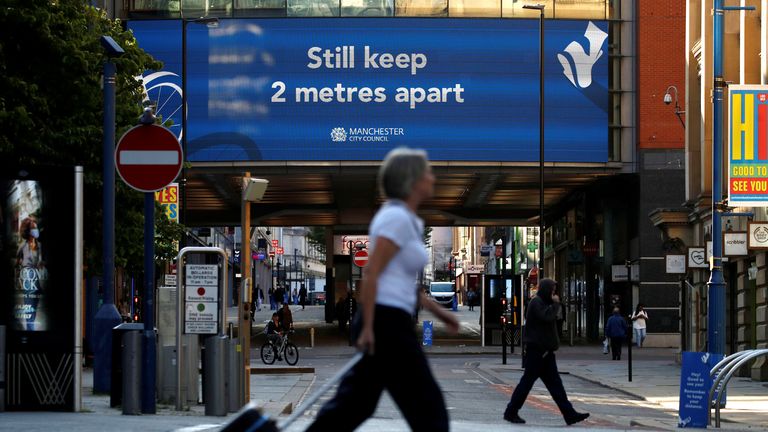 The composer warned he may have to sell his six West End venues if the government does not relax its COVID restrictions as set out in its roadmap for England.

Asked what he would do if the government postponed lifting lockdown, he said: “We will say, ‘come to the theatre and arrest us’.”

Responding to Lord Lloyd Webber, Mr Jenrick said the government “want to get those theatres back open as quickly as we can”, but stressed that everyone must “abide by the rules”. 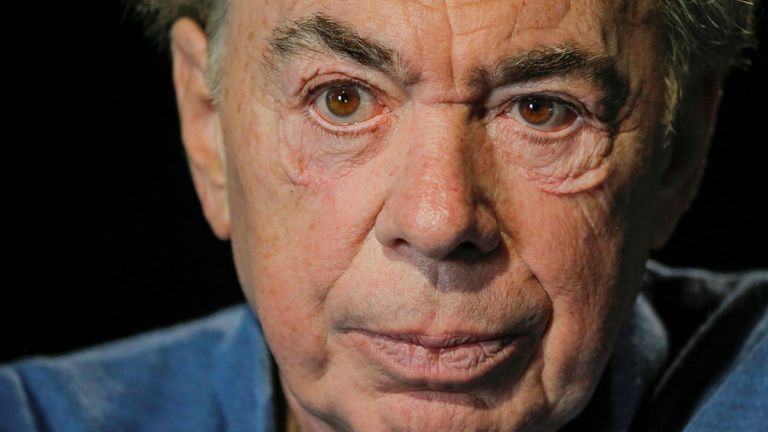 Pressed as to whether the composer should be arrested if he reopens his venues against government guidance, he told Sky News: “Well I am sure that Andrew Lloyd Webber’s comments are made in the heat of the moment.

“I am sure he feels this very strongly, but we all have to do our best to abide by the rules.”

Further doubt was cast over the 21 June date on Tuesday when the government issued new, enhanced guidance for Greater Manchester and Lancashire after a rise in the number of cases of the Delta coronavirus variant – previously known as the Indian variant.

Making the announcement in the Commons, Health Secretary Matt Hancock told MPs: “I can tell the House that today, working with local authorities, we are providing a strengthened package of support based on what is working in Bolton to help Greater Manchester and Lancashire tackle the rise in the Delta variant that we are seeing there.”

Government guidance was also updated to say that those in areas of concern, including Bedford, Blackburn with Darwen, Kirklees, Leicester, Hounslow and North Tyneside – as well as Greater Manchester and Lancashire – should “minimise travel”.

The communities secretary told Sky News that these are “guidelines” and not the law, but called on individuals living in the above areas to “use their personal judgement”.

“Well these are guidelines so we are offering some extra advice to people who live in that area,” he said. “This isn’t the law.

“But you can clearly see that cases are rising in Manchester and so we are asking people to use their personal judgement, personal responsibility, in order to help us to bring down the number of cases.”

Mr Jenrick added that the government intends to take a “cautious approach” to the next step of lifting restrictions.

“I am not going to give my view, obviously those views are made privately within the cabinet, but what I do think is it is important that we don’t throw away the gains we have made.

“So we are going to take a cautious approach, but if we can proceed with that reopening on the 21 June, of course, all of us would love to see that for our own lives and the livelihoods that depend on that further reopening.”

Mayor of Greater Manchester Andy Burnham reminded people that this was guidance and not the law.

In a news conference on Tuesday, Mr Burnham said: “This is guidance, it is advice to the public. It is not a lockdown. It is not a ban… this is not about telling people to cancel their plans, it is about asking them to be careful in setting any new ones, to minimise non-essential travel.”

At the weekend, Mr Hancock told Sky News the Delta variant made the decision about lifting lockdown restrictions on 21 June “more difficult”.

The variant is 40% more transmissible than the Alpha strain first detected in Kent late last year, the health secretary said, leaving the easing of social distancing in the balance for the original target date.

Chief executive of the UK Health Security Agency Dr Jenny Harries said the government “will not hesitate to take additional action whenever necessary”.

There is a creeping sense of foreboding among many of those pinning their hopes on the 21 June reopening that government ministers are preparing the ground for a delay.

After days of insisting that there was no reason to veer off track from the roadmap, cabinet minister Robert Jenrick was today notably more downbeat, saying caution is the watchword and “we mustn’t throw away the gains we have made”.

Government insiders say the decision – to be announced on Monday – is genuinely finely balanced, with the scientific advice not all leaning towards delay.

Yesterday, guidance to socialise outdoors and minimise travel was issued to six million people in the North West.

Or at least evidence that the younger, unvaccinated, people who are driving the rise in cases are not ending up in hospital or dying in worrying numbers as the vaccine rollout continues. It’s likely to take another couple of weeks to assess that.