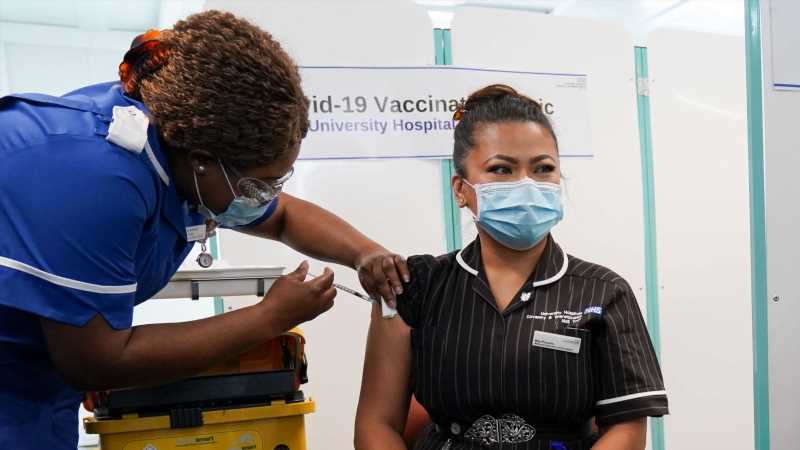 The health secretary has said he is “leaning towards” making the COVID-19 vaccine compulsory for NHS staff.

Sajid Javid said the government is “considering” making the vaccine mandatory for the roughly 100,000 NHS staff who are yet to get their first COVID jab following the recent closure of a consultation into the matter.

He told Sky News’ Kay Burley: “We’ve yet to make a final decision, but I’m leaning towards doing it.”

Addressing concerns there is already a shortage of NHS staff, the health secretary said the threat of not being able to work without getting vaccinated would make them have the jab.

He said about 95% of NHS staff have already had the vaccine after they were offered it in the first few months of the year.

The government has already made the vaccine mandatory for staff in the care sector, where Mr Javid said there has been a big uptake since the rule came into law.

He added that it is an issue of patient safety and “about doing the right thing” – and most countries in Europe have already made the vaccine mandatory for healthcare staff.

When asked if a mandate could come in soon, Mr Javid said it would not be straight away but would “not be months and months”.

The health secretary added that the booster programme, which started last month, ramped up over the weekend and urged anyone who is currently eligible to come forward and book online or phone 119. 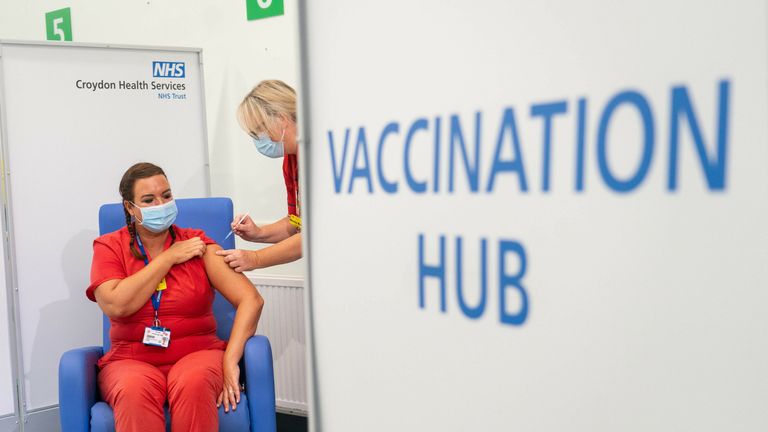 People aged 50 and over, or aged 16 and over who are vulnerable, who have had their second jab six months ago are eligible to get a COVID-19 vaccine booster.

Mr Javid added that there are now 500 more vaccination centres offering boosters than there were when the original vaccine was launched in April.